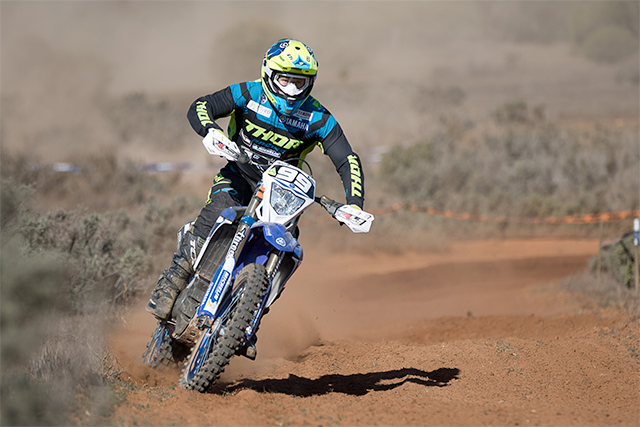 Dry, powdery and dusty conditions confronted the Active8 Yamalube Yamaha team as they contested rounds seven and eight of the Australian Off Road Championship, held at Renmark South Australia.

With Beau Ralston sidelined for the remainder of the year from a recent fall, it was left to Josh Green and Wil Ruprecht to fly the team flag over the weekend and chase their championship aspirations in the E2 and E1 classes, respectively.

Green entered the event sitting in second place outright as well as second place in the E2 (450cc) category but a lingering flu had him below 100% when the field raced off on Saturday. The dry conditions saw the X- Country format changed to a Sprint style race, hoping the dust wouldn‰Ûªt affect the riders vision as much.

Green battled on both days to secure two top five results in the Outright results, with a fourth on Saturday and a fifth on Sunday. He fared a little better in class honours, taking a third in E2 on both day‰Ûªs racing. But, by his own admission, Green struggled with the dry conditions and rode well below his best over the weekend.

Despite the challenging weekend, Green maintained his second place in both Outright and class standings. 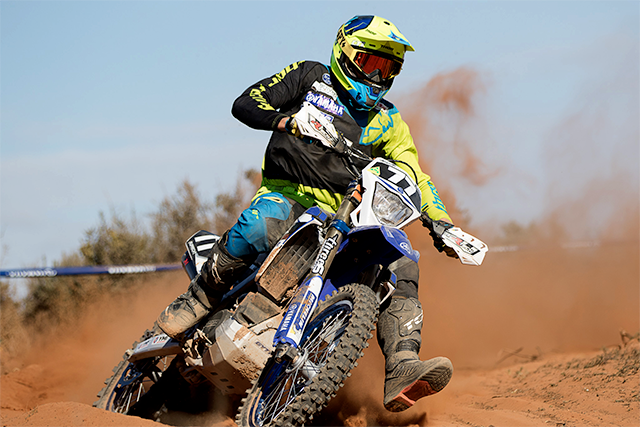 Wil Ruprecht holds down the class lead in the E1 division after another consistent weekend of racing. Credit: John Pearson
Young team mate, Wil Ruprecht also suffered in the conditions. Wil was keen to rebound well after the previous round of the AORC saw him fall and battle just to survive but he has had plenty of time to recover and was ready to redeem himself at the Renmark rounds.

Unfortunately, Ruprecht didn‰Ûªt gel with the dry conditions and struggled to produce his best. Saturday saw the E1 rider finish outside the top 10 in 14th place and second in class, but he made improvements on Sunday, finishing 10th outright and winning the E1 class.

The results from the weekend now sees Ruprecht sitting leading the E1 class in a tight points race at the top of the table with fellow Yamaha rider, Scott Keegan.

‰ÛÏI didn‰Ûªt ride well at all on Saturday and found riding in the dust really difficult,‰Û