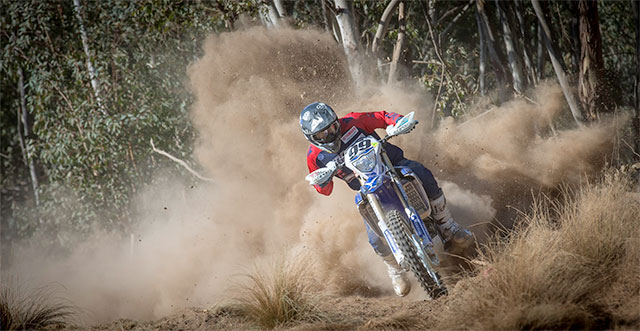 It was another enterprising weekend for the Active8 Yamaha Yamalube team as they competed at rounds three and four of the Australian Off Road Championship (AORC) held at Portland in NSW.

In dry and extremely dusty conditions, the team again acquitted themselves well with Josh Green and Beau Ralston cementing their positions in the E2 and E3 classes respectively while Tayla Jones logged good results racing the men in the E1 division.

Josh Green led the team on his WR450F in the E2 class. Green kept his podium position streak alive in 2016 after another good weekend. He finished third Outright on both Saturday and Sunday with some consistent racing and as a result, locked in his second place position on the outright leader board and stretched his lead in the ultra-competitive E2 division. 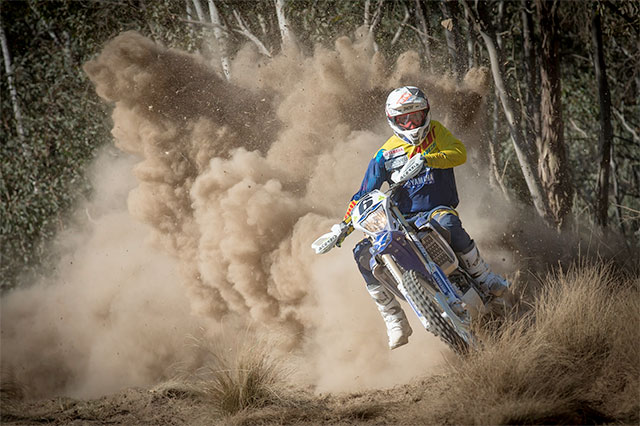 Beau Ralston looking to improve in the coming rounds
Beau Ralston also proved to be consistent all weekend with more top 10 outright results and maintaining his position in the top three in E3 honours. Mounted on a WR480F, Ralston took eighth and sixth place in the outright standings and a couple of third place positions in the E3 category. 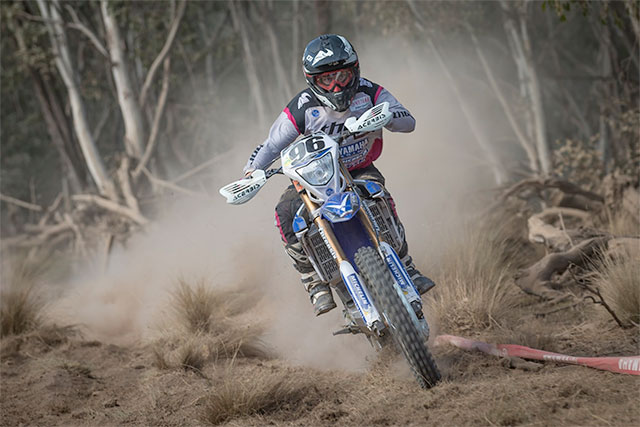 Tayla Jones
Tayla Jones continues her racing development as she represents the team in the E1 class. On board the WR250F, Jones continues to up-stage the men with some spirited racing in a tough division. She has improved her results at each round so far this year and racked up an 11th in E1 on Saturday before breaking through for her first top 10 with a ninth on Sunday.

She is now knocking on the door of a top 10 in the E1 championship after her strong performance on the weekend and now sits eleventh in the championship.

‰ÛÏThe weekend went well for me with no problems at all. My bike was good all weekend and the only issue was the dust but it was the same for everyone. Hopefully I can continue to get better results and be a consistent top 10 rider in this class,‰Û