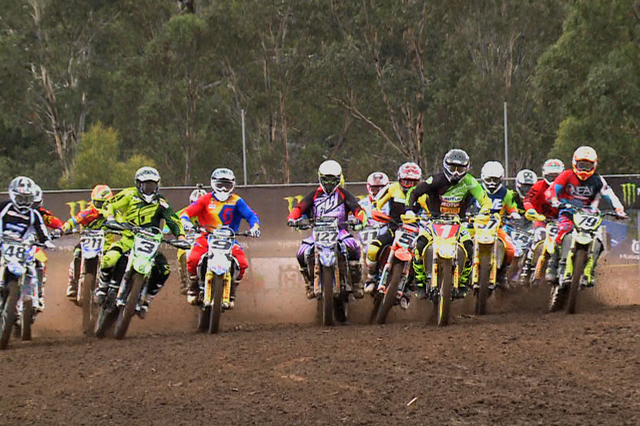 Australia‰Ûªs favourite and longest running dirt bike show MXTV, is set to deliver another huge episode tonight, Thursday the 13th of November, 2014 at 8pm on TV4ME.

On tonights episode Lee Hogan returns to review the KTM 450 SX-F, while show producer and Co-host Brendan Bell is flat out traveling the country attending a host of national events.

‰ÛÏTonight‰Ûªs episode is set to be a cracker ‰ÛÏ enthuses show host Lee Hogan. ‰ÛÏI am back to review the 2015 KTM 450SX-F while Belly heads to the Australian Side-Car MX championships at Horsham.

‰ÛÏBelly and his mate David then head to the 2014 Stockmans Rally and we then learn a little about the big Off-Road race, The Condo 750.

‰ÛÏIf that is not enough, we check in with KTM and have a look at the support they provided at the 2014 Australian Junior Motocross Championship and also check out some MX Nationals Action. ‰ÛÏ

As always there will be another big giveaway thanks to the great people from Milwaukee via MXTV‰Ûªs weekly Facebook competition, so make sure to head to the MXTV Facebook page as soon as tonight‰Ûªs episode concludes to put yourself in the running to win.

Tune in to TV4ME (Channel 74 Metro and Channel 64 Regional) at 8pm tonight. A replay of tonight‰Ûªs show can also be viewed on TV4ME on Saturday the 15th of November and at 4.30pm and Tuesday the 18th of November at 6.30pm.

Episodes of the 2014 series are also airing on Fox Sport 5 (Channel 506) On the Foxtel Network, on Friday Evening‰Ûªs and Saturday morning‰Ûªs. Check local guides for exact times.

For more information on this season‰Ûªs show including screening dates and times, head to the MXTV‰Ûªs website at www.mxtv.com.au and the MXTV Facebook page, for all the latest news.