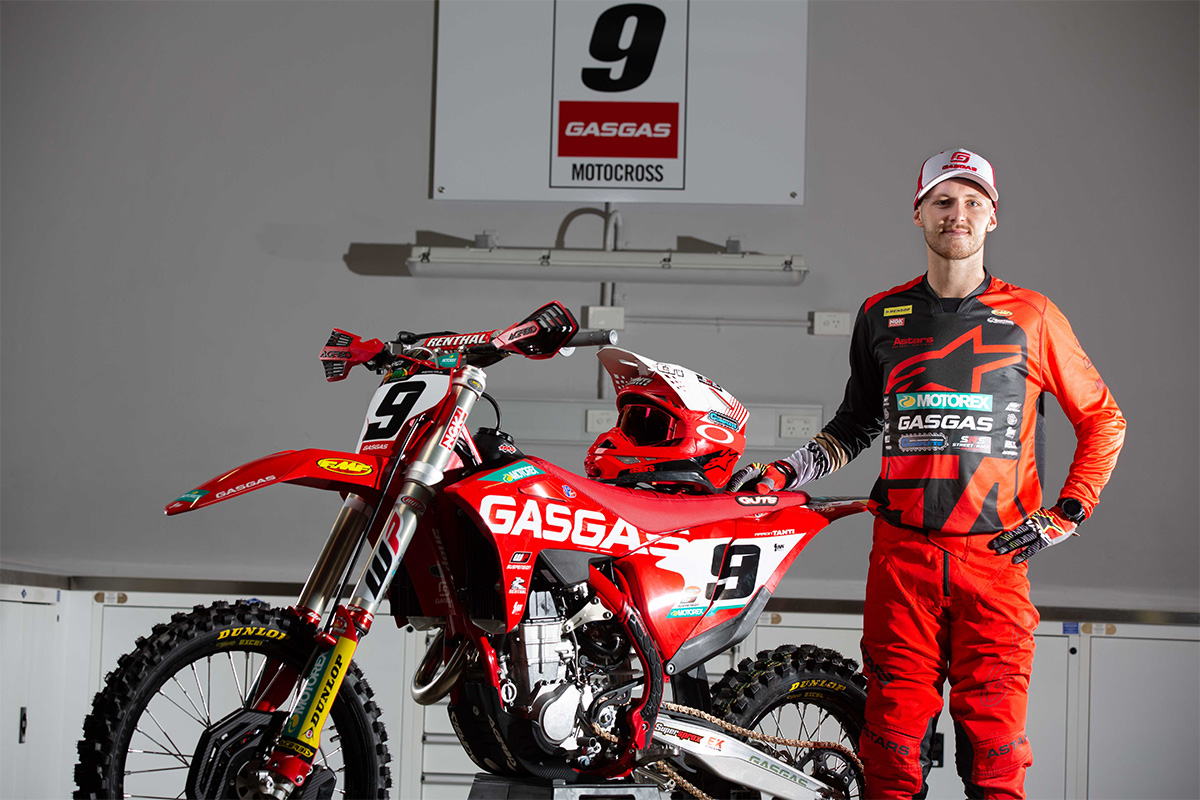 Aaron Tanti
Aaron Tanti will miss the opening round of the ProMX this weekend due to a pre-season wrist injury so will sit out Sunday's opening round at Wonthaggi on 11 April.

Instead, the 24-year-old plans to line-up at Canberra's second round in the ACT on 2 May.

Although disappointed, Tanti is eager to get amongst the MX1 premier class with the GASGAS Racing Team once that opportunity arrives next month.

"A few weeks back I had a practice injury and had to undergo minor surgery on my wrist," Tanti explained. "We were hoping I could be back for this round, but unfortunately I'm not 100 percent healed and it wouldn't be ideal to start the season with minimal bike time either.

"We'll instead get ready for round two, which I will most definitely be back for, so it's disappointing obviously, but I am excited for my debut with the GASGAS Racing Team. The ProMX series being put together looks great with the live TV, so I can't wait to get out there in the stacked MX1 class, and I think my speed was good prior to the injury. Everything with GASGAS has been positive for me so far, I've had a couple of months on the MC 450F and am really excited to get going once I'm back to full fitness again," Tanti concluded.