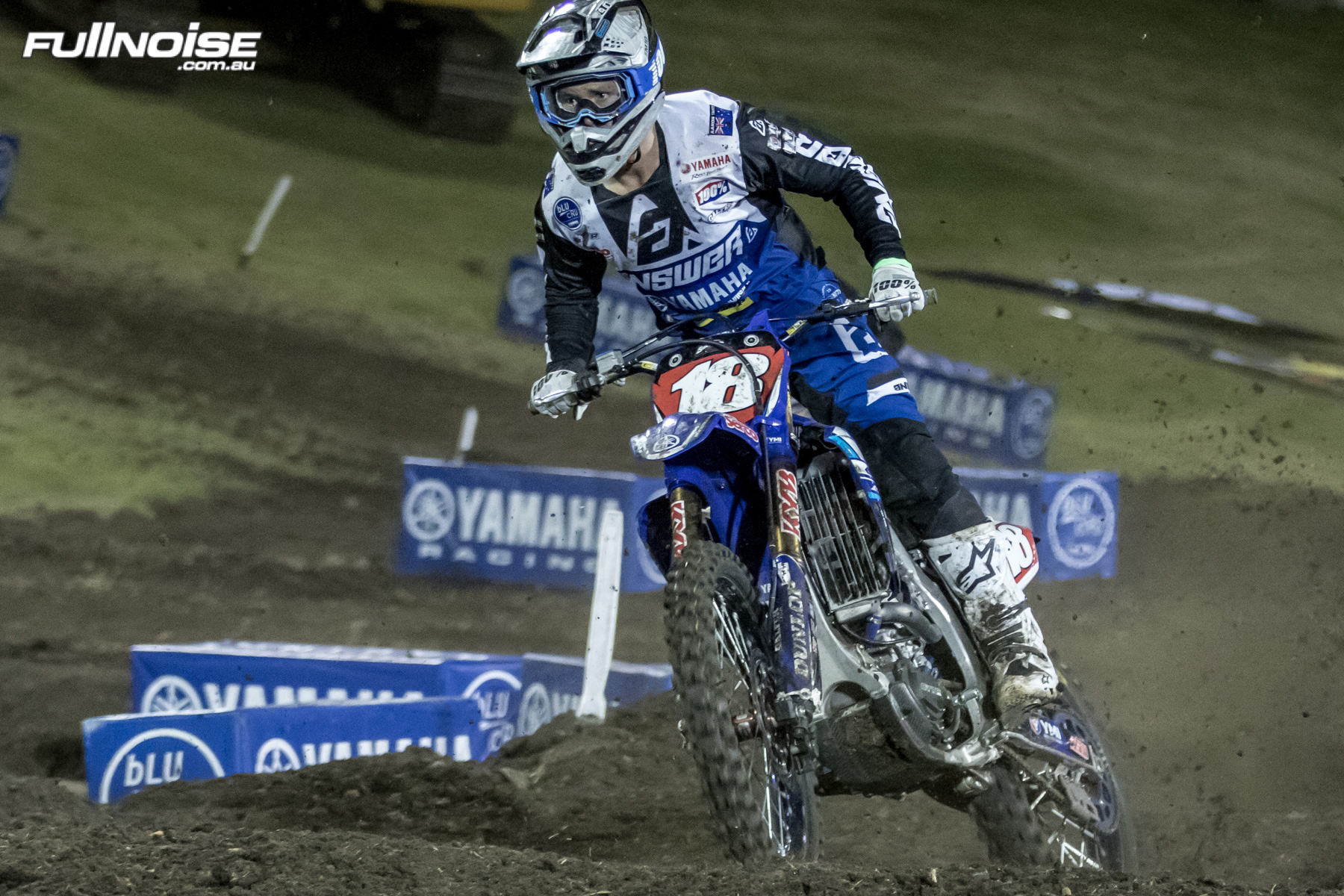 Tanti headed into the weekend‰Ûªs third round of the championship with the points leaders‰Ûª red plate in the SX2 class, but it‰Ûªs a highly competitive class with a host of international riders mixing it up with the best from Australia and the high intensity racing makes it the most unpredictable class in racing.

He tested his pre-season goal of limiting the mistakes, with falls both in race two and race three in three in the triple header format, but still charged on to finish fourth on the night and sit third in the championship, just two points from the series lead.

Tanti claimed 3-5-9 results across the three motos but showed he had the speed on the hard pack and slippery Wollongong circuit. He was always near the front of the pack but a fall in the whoops during race two when challenging for a top two spot and another in the early stages of race three put an end to his podium streak.

Despite the mid race mishaps, the points race in MX2 is tight and with two rounds of the triple header format yet to come, Tanti believes anything can and probably will happen in the highly volatile category.

The night wasn‰Ûªt without some challenges but considering everything that happened, to finish fourth and remain close to the championship lead means we are in good shape.

‰ÛÏThere are a heap of riders that can win a race and the first few laps are so chaotic that it‰Ûªs important to stay calm and think your way through it," Tanti continued.

‰ÛÏRace two and I got out of shape in the whoops and then race three there was a bit of a second corner pile up that I got stuck in. I will put this behind me and keep working hard as the next two races in Auckland and Melbourne are where it‰Ûªs all going to be decided. Five riders can still win it and its easy to ride well in this class and finish fifth.