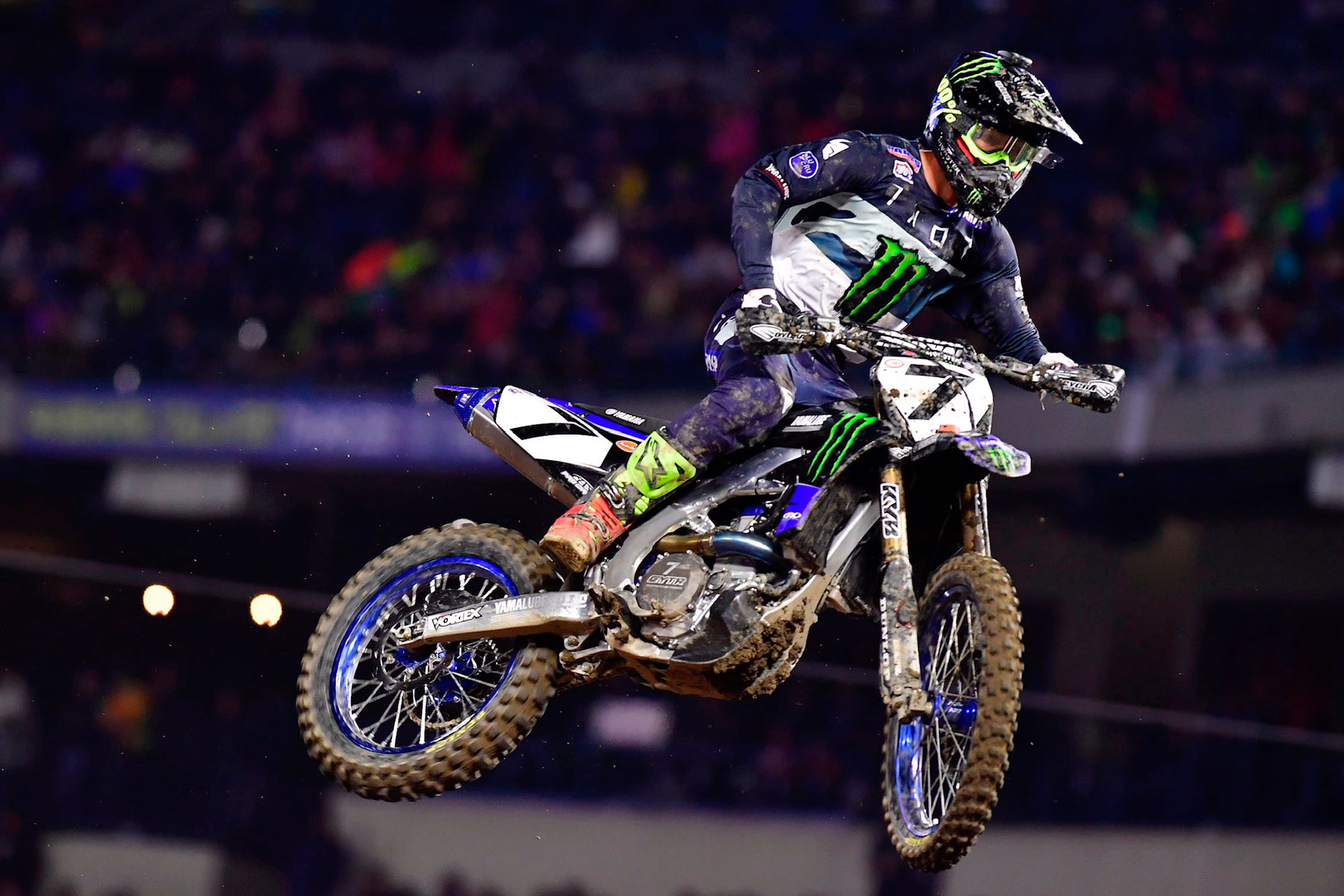 Plessinger finishing third in his heat and sixth in the main event in his 450 class debut. Photo: Yamaha Racing
Monster Energy Yamaha Factory Racing Team's Aaron Plessinger had an impressive debut the opening round of the 2019 Monster Energy Supercross Championship finishing with a sixth place.

The 450 class rookie was able to battle with the best, finishing third in his heat and sixth in the main event which was raced in pouring rain and challenging conditions.

‰ÛÏAnaheim 1 went pretty well. I got better and better every time I went out on the track," Plessinger said.

"The heat race went awesome. I started out about fifth or sixth, got past some guys and finished third. I was pretty amped on that and I went into the main event pretty happy with myself.

"I got a great start and just maintained it. There were sometimes where I felt a little winded, but I couldn‰Ûªt back down and pushed on to the finish and got sixth. I‰Ûªd say Anaheim I, my first 450 race, was pretty good in my eyes. We‰Ûªll keep making improvements and head into Phoenix hot on the ball.‰Û 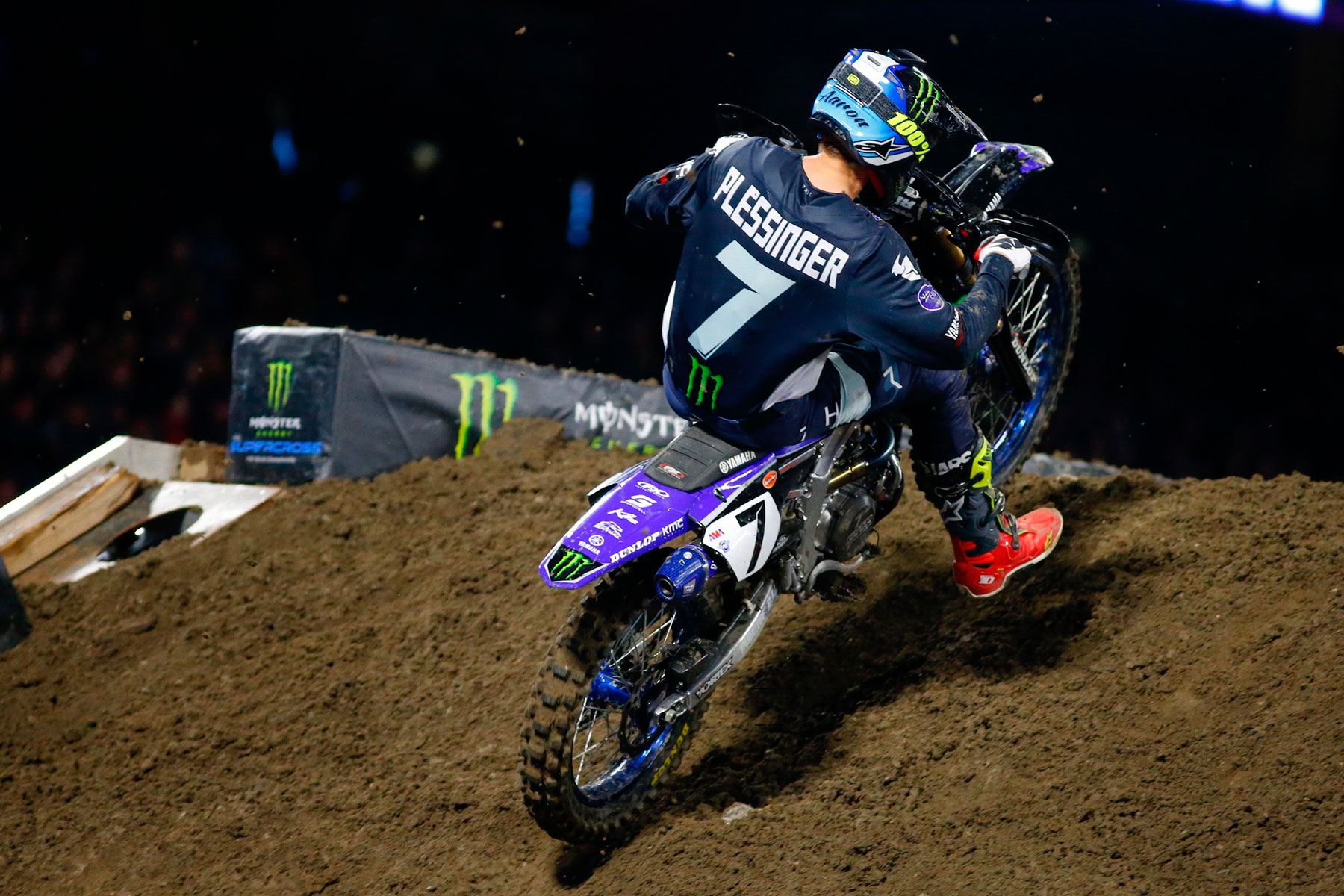 Plessinger said he felt he got better and better every time I went out on the track. Photo: Yamaha Racing