A Setback For KTM’s Egan Mastin In First Supercross Season 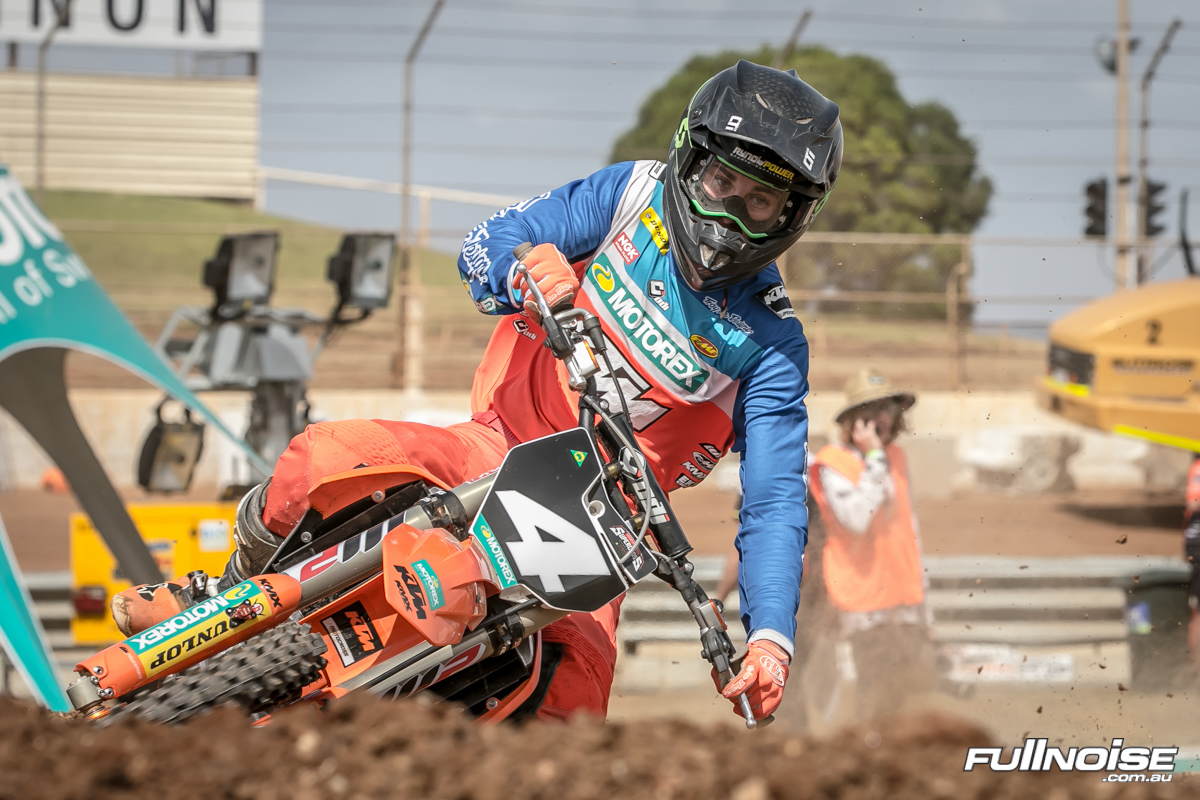 The 2017 Australian MX2 Motocross Champion is rapidly coming to terms with the night-time version of the sport, but found passing after a poor start much more difficult on this track than at the previous round.

The win in the SX2 final went to Wilson Todd over Jackson Richardson and Dylan Wills, while Raceline Pirelli KTM rider Jay Wilson was the highest-placed of the orange men, in eighth.

The evening nonetheless held plenty of positives for Mastin, who just two months ago stunned the motocross community with his speed and consistency in the second half of this year‰Ûªs MX Nationals, winning the SX2 title off the back of seven consecutive race wins.

Saturday night saw his best showing yet during the evening‰Ûªs heat races, where he finished 1.6 seconds away from the podium, with lap times in the same second as the championship leaders.

Mastin has now climbed two spots to 13th in the SX2 championship rankings, and although the learning curve is steep, he and KTM Factory Racing Team Manager Jay Marmont are determined to prove that he can get to the pointy end of the pack before the series is done.

‰ÛÏI feel like it‰Ûªs starting to come together with both myself and the bike, but you just can‰Ûªt come from the back of the pack straight away." Mastin stated. "we‰Ûªre just searching for a start and I think we‰Ûªll be running up there. My heat race was good.

"I was in fourth and I just stuck with the top four riders to the end ‰ÛÒ I was just a bit unfortunate in the main with that bad start. It‰Ûªs hard to get your flow going when you‰Ûªre trying to get through riders, especially in supercross, but we‰Ûªre getting there.

"I‰Ûªm still working on the whoops, they‰Ûªre my weak point at the moment, but it‰Ûªs mainly just bike time on the track. So, we‰Ûªll just go back and keep doing the laps during the week and come back with something better.‰Û