A Return To Trademark Form For Glenn Scott at Wakefield Park 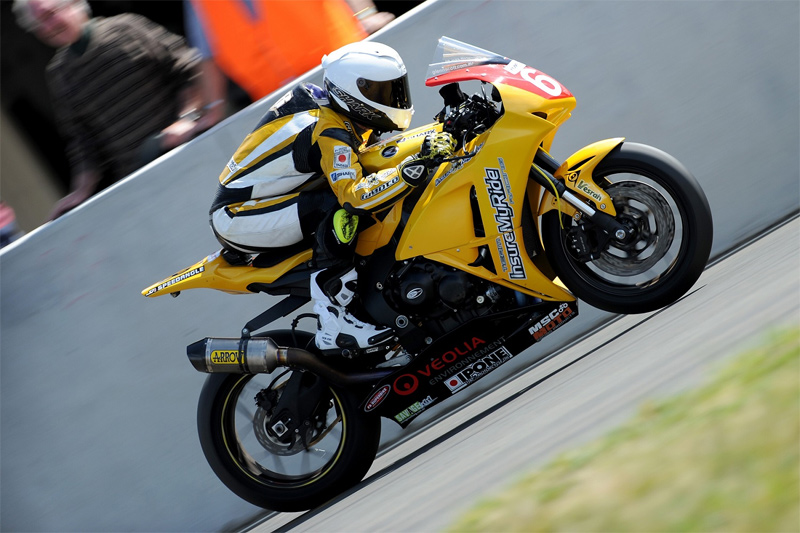 Glenn Scott has returned to the top ten in the Superbike class at the latest round of the Australasian Superbike Championship at Wakefield Park, subsequently displaying a healthy bounce back to form and with one round remaining, the Central Coast rider will be looking to build on experience at Sydney Motorsport Park in an effort to return to the podium at the final event of the year.

After qualifying tenth on Friday with a 59.545, Glenn made a steady progression into the top ten throughout Saturday‰Ûªs three races finishing eleventh in the first event, before taking eighth and seventh respectively in race two and three. The results handed Glenn eighth for the AFX Championship for the round of which he currently sits fifth for the series.

Starting Sunday‰Ûªs three races for the Swann Series from eighth with times from Saturday‰Ûªs events determining the grid, Glenn made a blistering start in race one finishing fifth.

A red flag in race two meant the event would be run in two parts, with the stoppage coming after three laps, Glenn was sitting seventh. On the restart, the Team InsureMyRide Racing rider went on to take seventh before finishing eighth in the final race of the day.

The results placed Glenn in seventh for the round and firms his position in ninth for the series.

‰ÛÏThe weekend provided some of the best racing I have been a part of in my career." Scott reflected. "It was super close with some great passing. I‰Ûªm really happy to come away with seventh outright and first privateer and to be back mixing it with the factory riders.

"Breaking the SP gearbox on Friday was really disappointing but we got the job done with the spare bike, a standard 2013 FireBlade. A huge thanks to my crew and Darren from Race Center for getting the bike handling amazingly well in order to allow me to set the fourth quickest time of the day.‰Û