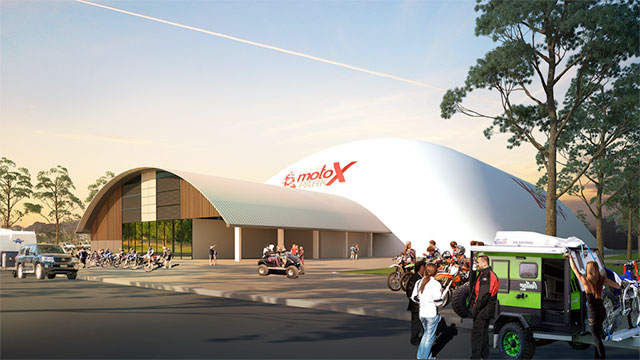 The $5 million project - to be known as Sydney Indoor MotoX Park - will be located within the Eastern Creek International Karting Raceway precinct, which will celebrate its 20th anniversary in December.

The Sydney Indoor MotoX Park is the first of its kind in Australia and the 12,000 square metre facility will be housed in a revolutionary, climate controlled, air-filled membrane dome, which has been specially constructed in the United States.

Sydney Indoor MotoX Park will house three separate racetracks that can operate independent of each other. They are being designed by a yet-to-be-named internationally renowned motocross track constructor.

Operating in line with the karting facility from 9am to 9pm daily, a cafe, retail outlet and stadium style seating for up to 6,000 spectators will all be part of the Park.

It will cater for varying skill levels from entry-level juniors right through to professional motocross racers looking for the edge on the competition. Upgrades to the roads into Sydney Premier Karting Park will be part of the construction process to assist in advancing its position as Sydney‰Ûªs leading corporate adventure and entertainment venue.

Located just off the M4 Motorway, riders heading to Sydney Indoor MotoX Park can bring their own bikes or hire one of the fully maintained bikes on-site - which will provide numerous levels of power depending on age and skill level. 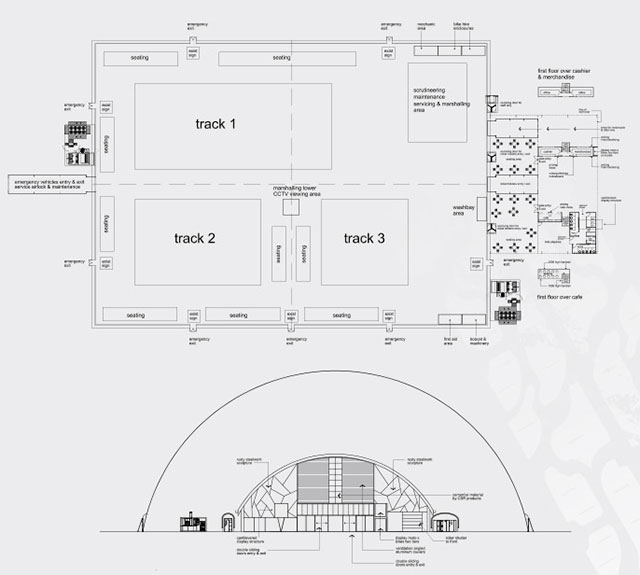 Proposed Layout
CCTV will monitor all tracks, trained first aid practitioners and mechanics will all be available to those wishing to challenge themselves, whilst future plans include training camps from some of Australia‰Ûªs best known motocross riders.

100 per cent privately funded, the major upgrade to the karting facility at Eastern Creek will be a solid addition to sport in Blacktown City Council‰Ûªs recently announced 20 year transformational project.

With full backing from the NSW Department of Sport and Recreation, the Sydney Indoor MotoX Park will ensure that dirt bike riders have a new, legal and safe home in Sydney.

It will open the sport up to a new audience that may not previously have seen motocross as a recreational activity or potential career.

It is the brainchild of lifelong dirt bike rider and motocross fan, Mattew Bartolo and was borne out of his frustration of having a lack of places to ride with his children.

‰ÛÏIf you live in the Western Sydney corridor from Parramatta through to Penrith, you can drive for up to two hours before you find somewhere suitable to ride,‰Û