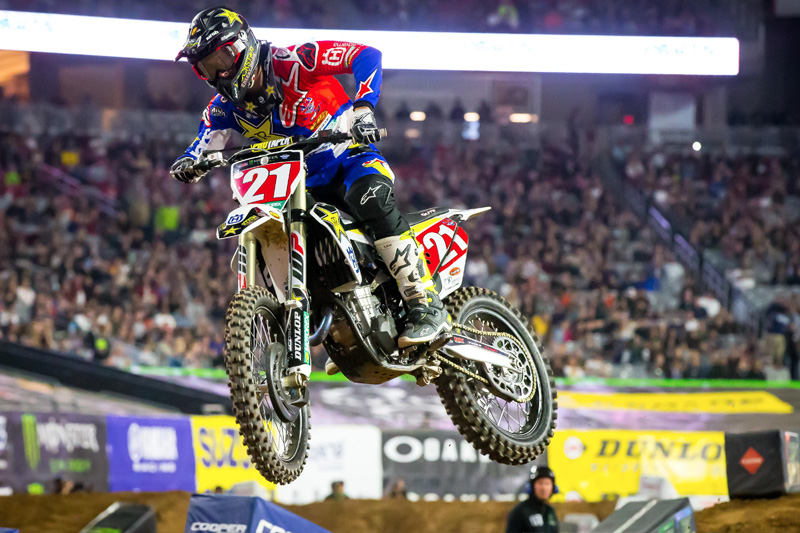 AMA Supercross Series 450SX championship leader Jason Anderson had a huge challenges from the star studded field at the start of the Main Event at Glendale, Arizona, last Saturday night having to dig deep and battle hard to a fourth place ride.

The The Rockstar Energy Husqvarna Factory Racing rider was the fastest qualifier of the day aboard his Husqvarna 2018 FC 450 Rockstar Edition. Feeling confident, he pulled the holeshot in his heat, pulled away, and took another heat race win in dominating fashion.

Anderson got a great start in the 450 Main Event and immediately started battling near the front, but was in the middle of a freight train of riders and shuffled back a few spots. He regrouped and began reeling in riders with seven minutes plus two laps remaining in the race. Putting in an amazing charge, he set the fastest lap of the race with two laps to go and finished fourth behind Ken Roczen, Justin Barcia and winner Eli Tomac.

Anders's ability to limit the damage on the night meant he would leave with the series points lead once again and will hold onto the red plate as the series heads to Oakland, CA next week for round five. 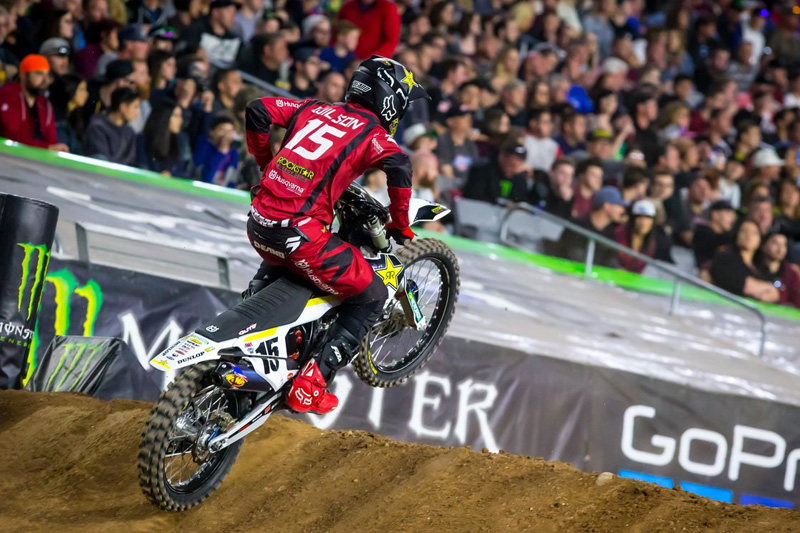 Dean Wilson. Credit: Simon Cudby
Team-mate Dean Wilson, still recovering from his big get off at round one, showed true heart as he rode through the discomfort to turn in a 15th place ride on the technical and demanding Glendale track.

Wilson worked hard to find his rhythm all night. He was fourth at the start of his heat and quickly moved into third. He made the pass for second in lap two and would eventually finish fourth to transfer to the 450 Main Event. He had a consistent Main Event and pulled a mid-pack start, stayed right around 15th the entire race, and finished 15th.