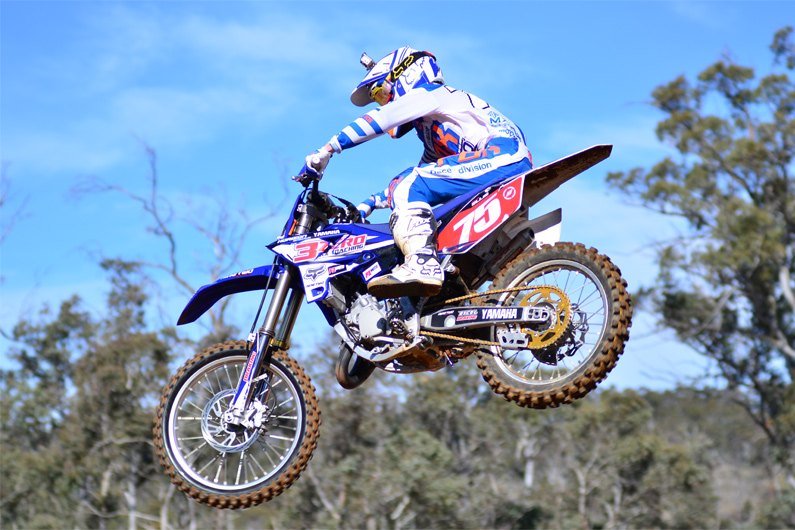 After a successful 2014 campaign team 3Zero Mx Coaching has their sights set on another solid performance at this years Australian Junior Motocross Championship. at Appin NSW.

The Tasmanian based team is well prepared for the event lead by 4 time Australian Junior Motocross Champion Brody Jennings. Jennings has formed the team in conjuction with his 3Zero Motocross Coaching Schools which operate throughout Tasmania which have been very successful and gaining momentum.

"Suffering an early season wrist injury the start of the year has had its up and downs for Brodie but we have worked hard with his recovery and over the past months his speed and determination has been impressive." explained Jennings. "We are confident Brodie will be in title contention at this years Nationals.

Team 3Zero has been also working closely with two younger riders determined to follow in the footsteps of the likes of their older team mate. Alex Dinnessen and Flynn Read will also compete at this years event both who have had impressive results all year so far.

Both riders will race the final TMXC round at Smithton this weekend in a position to win all 3 championships.

"As a team we are very excited for this years Jnr National Championships and cant wait to start racing. We would just like to conclude with a huge thanks to all our Sponsors for supporting us along the journey including Horizon Motorcycles Hobart, Yamaha Australia, Fox, Nine Two Decals, Altegra Australia, Fulton Enterprises, Dunlop, Fist Handwear, Maxima Racing Oils." Jennings concluded.