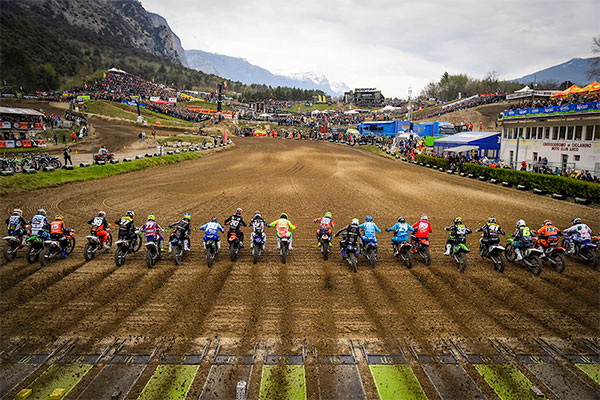 The ever changing 2020 FIM Motocross World Championship racing calendar has undergone further changes due to the evolving restrictions of the Covid-19 pandemic.

Promoters Infront Moto Racing have made the decision to postpone to 2021 the MXGP of Turkey in Afyonkarahisar, originally scheduled on the 5-6th of September (Next round), while also the TBC events scheduled this season, the MXGP of Portugal that originally was going to take place in Agueda as well as the MXGP of Russia, scheduled in Orlyonok, have been also canclelled for 2020.

Instead, following the success of the Latvian triple-header, the FIM Motocross World Championship will anticipate the event in Faenza, Italy, for three epic Grand Prix races with the MXGP of Italy on the 5-6th of September, the MXGP of CittÌÊ di Faenza on the 8-9th September and the MXGP of Emilia Romagna on 12-13th September.

Additionally, MXGP will head to Mantova in Italy for another trio of races, for the MXGP of Lombardia taking place on the 26-27th of September, the MXGP of CittÌÊ di Mantova on the 29-30th of September and finally the MXGP of Europe on the 3-4th of October. The first two races in Mantova will additionally see rounds of the WMX Championships.

The 2020 calendar will now feature three triple-headers in Italy. This decision has been made in order to be able to hold the maximum number of events possible to make a competitive and thrilling championship, as well as to reduce the amount of travel complications for the whole paddock collective.

The MXGP of Patagonia-Argentina, in Neuquen, remains part of the 2020 FIM Motocross World Championship calendar as TBC depending on the ongoing national conditions.

Infront Moto Racing along with the FIM, the local organisers and the National Federations, continue with the goal of presenting a great championship in these difficult circumstances and are excited to welcome back more FIM Motocross World Championship action! 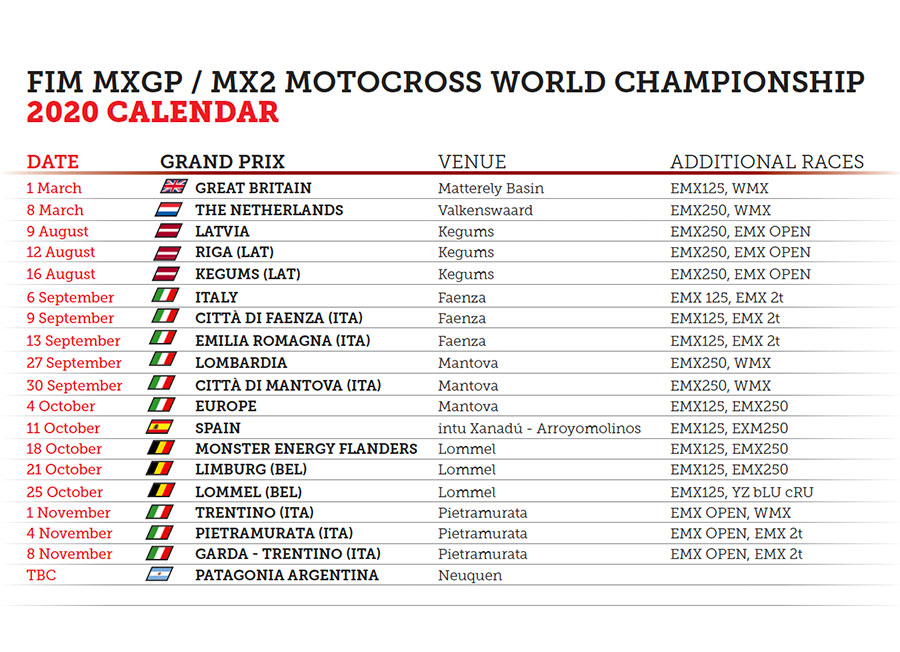