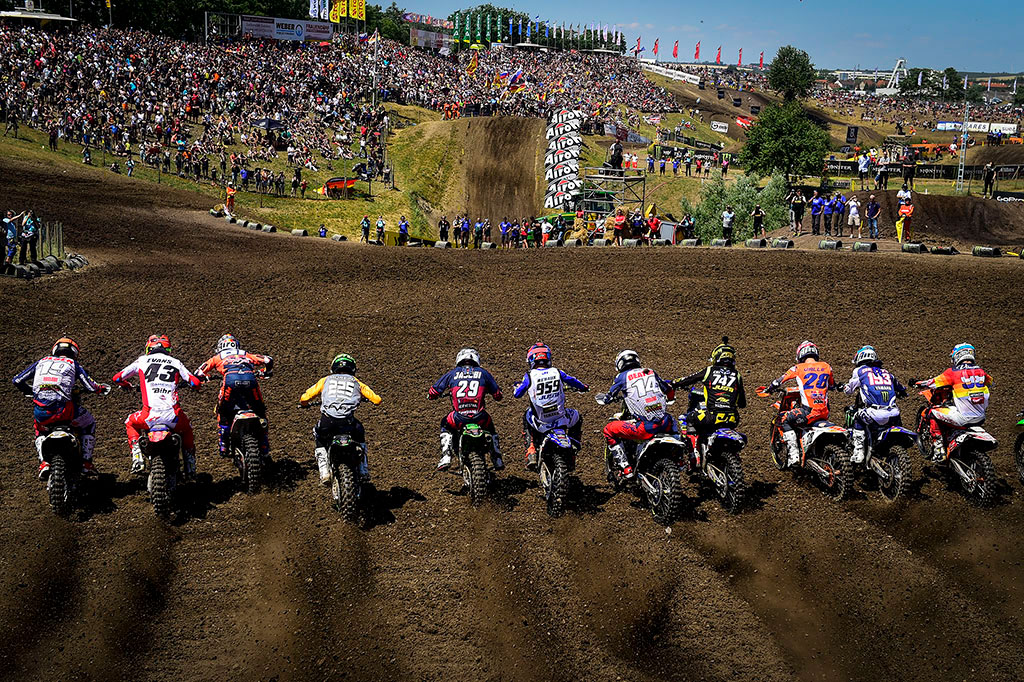 Now that the 2019 MXGP Season is running into the second half, Youthstream has released the 2020 FIM Motocross World Championship Provisional Calendar.

The Opening venue of the season is yet to be announced and it‰Ûªll be followed by one of the favourite venues of the calendar, Neuquen ‰ÛÒ Patagonia, Argentina. MXGP then returns to Europe to visit The Netherlands in a location to be announced, Trentino, an eagerly awaited return in Spain and then straight to Portugal.

In May MXGP continues its trips to Latvia, Russia, Germany, France and Imola before the MXGP Paddock will get prepared for 3 back-to-back rounds in Asia at the end of June with 2 rounds in Indonesia and 1 in China.

After a trip in Asia MXGP continues to one of the old school venues of the calendar Loket in Czech Republic, followed by the sandy circuit of Lommel and the comeback of the MXGP of Switzerland after a year break.

18th round of the 2020 season is held in Sweden while the 19th stop of the calendar is taking place in the brand-new and recently announced Kymi Ring circuit in Iitti, Finland.

The final round of the 2020 season is set to be held in Turkey before the whole MXGP Paddock moves to France for the milestone of the Motocross season, the Monster Energy FIM Motocross of Nations which will be back in ErnÌ©e after the big success of its last edition back in 2015.

Youthstream and the FIM Europe also announced an additional class that will be included in the calendar as from 2020 the EMX Open Championship will be combined with MXGP/MX2 events within Europe.

There will be 6 events counting towards the championship standings in the EMX Open Championship, all at MXGP/MX2 events similar to and in the same format as the EMX125, EMX250 and EMX2T championships which will all continue. From 2020 and onwards the EMX Open championship will be open to riders from 16 years old up to 50 years old on motorcycles from 175cc up to 450cc, for both 2strokes and 4strokes.

The provisional MXGP and MX2 calendar also includes the rounds scheduled for Women‰Ûªs Motocross World Championship, and All European Championships, EMX250, EMX125, EMX2T and the newly added EMXOPEN and can be viewed here below. 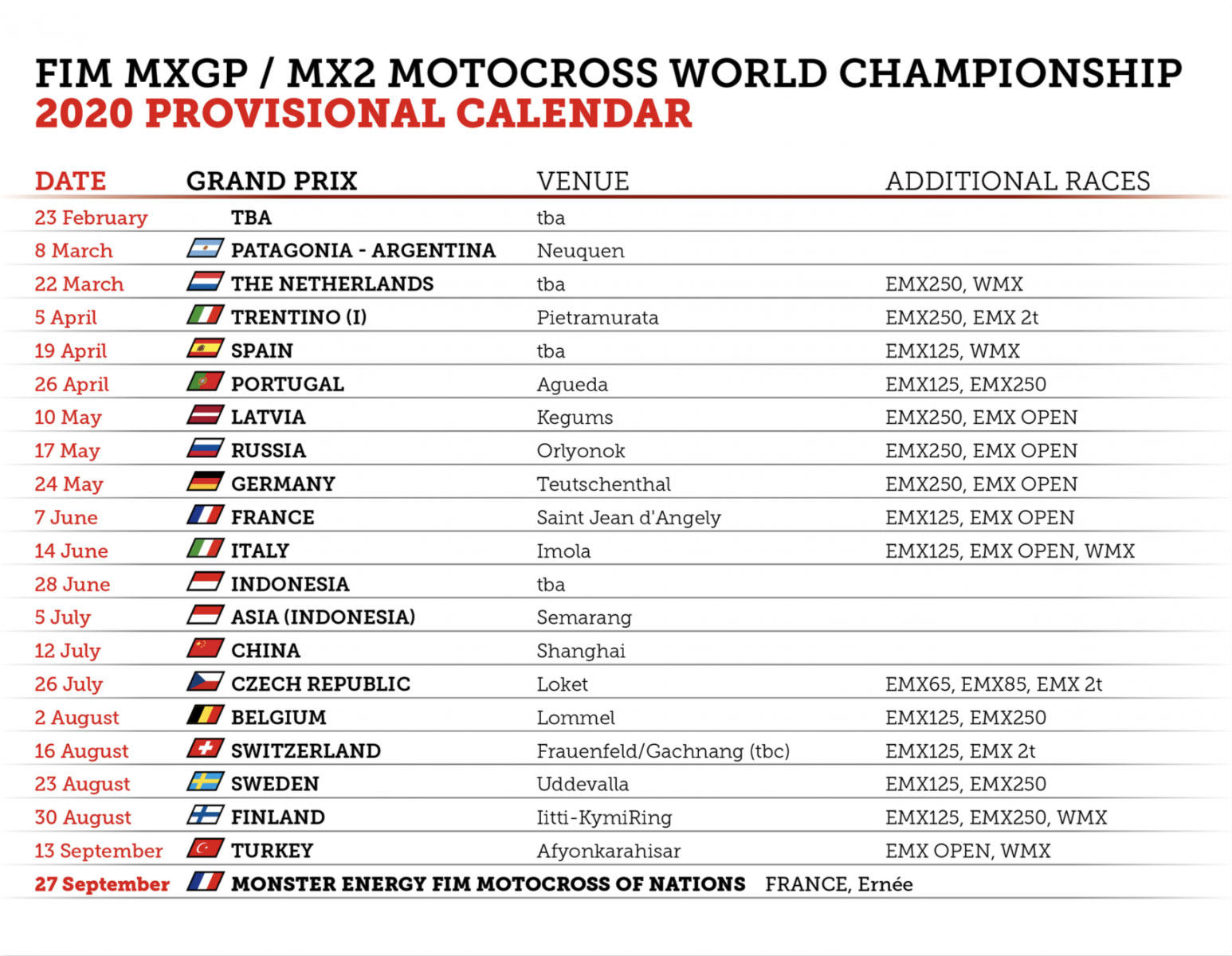