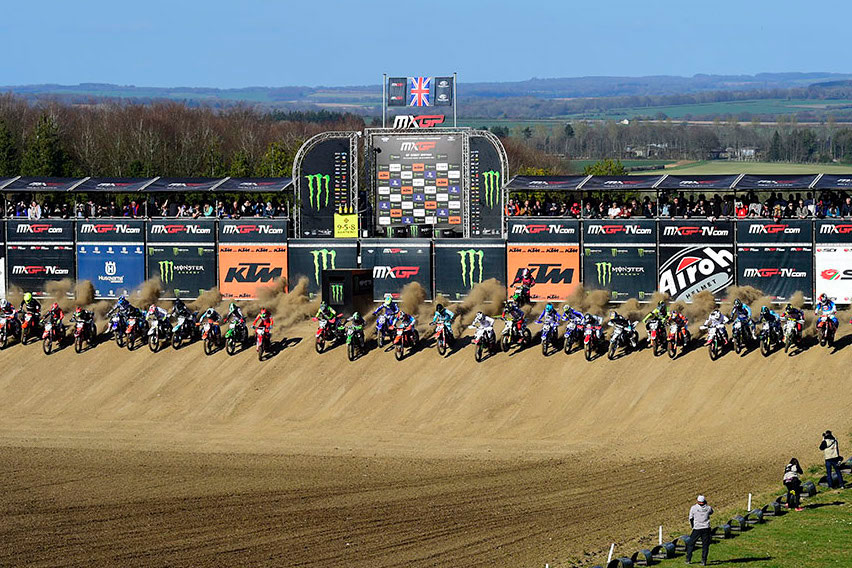 Youthstream has release the 2020 FIM Motocross World Championship Official Calendar, which going on past experiences is likely to change well before the start of the season.

The Opening venue of the world‰Ûªs premier motocross series is going to be one of fans‰Ûª favourites, Matterley Basin, being the MXGP of Great Britain the first European GP to start off the MXGP season since 2012. The second stop will be the following weekend on 8th March in the sandy track of Valkenswaard, in the Netherlands, followed by Neuquen, Patagonia-Argentina.

Then MXGP will return to Europe to visit some of the most emblematic tracks in the calendar such as Pietramurata in Trentino, St. Jean d‰ÛªAngely in France, Teutschenthal in Germany, Orlyonok in Russia and Kegums in Latvia.

The 2020 calendar also features big comebacks, such as the one of Spain, whose venue is still to be announced, or the one of Maggiora where the 2020 MXGP of Italy will be hosted.

In June the MXGP Paddock will travel overseas for the back to back Indonesian rounds, being Jakarta the new host of the first stop while the second one will mark the return to Palembang for the second year in a row.

After the Indonesian trip MXGP will move to one of the old school venues of the calendar, Loket in Czech Republic, followed by the sandy circuit of Lommel in Belgium and the hillside track of Uddevalla in Sweden.

Round 17 of the 2020 season will take place at the brand-new Kymi Ring circuit in Iitti, Finland, and afterwards MXGP will visit Turkey and China for rounds 18 and 19.

The final round of the 2020 season is set to be held in Imola for the MXGP of Emilia Romagna (ITA) before the whole MXGP Paddock moves to France for the pinnacle of the off-road events, the Monster Energy FIM Motocross of Nations, which will be back in ErnÌ©e.

The Official MXGP and MX2 calendar also includes the rounds scheduled for the FIM Women‰Ûªs Motocross World Championship and all the European Championships, EMX250, EMX125, EMX2T and the newly added to the calendar EMXOPEN. Check the 2020 Official Calendar here below: 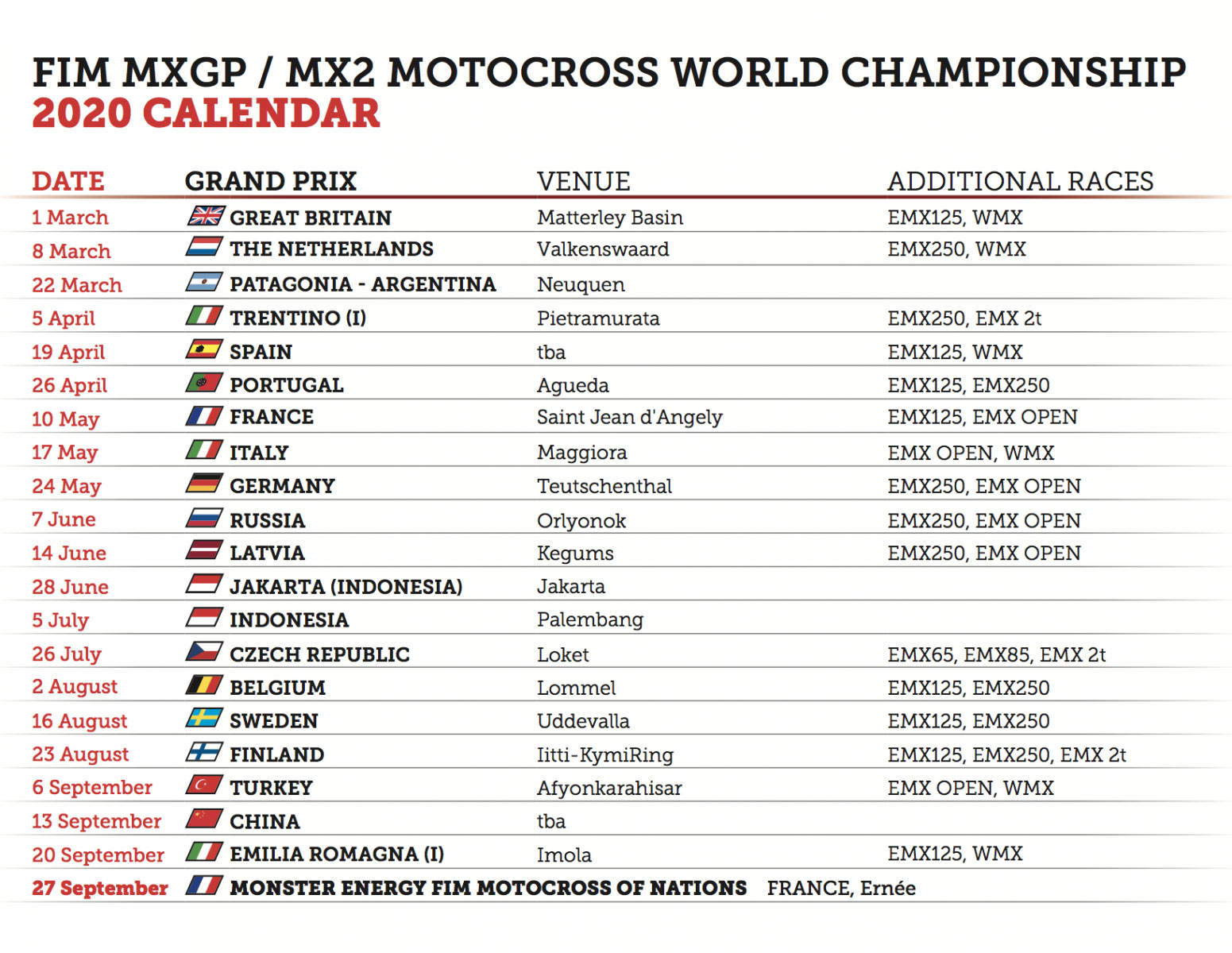