The 2019 Australian Senior Solo Speedway Championship kicks off bright and early on January 3rd 2019 at Gillman Speedway, South Australia, and the seeded and qualifying line-up is locked and loaded!

For the first time in three years, the Australian Senior Solo Speedway Championship will run a Qualifier the day before Round 1, where 16 selected riders will battle it out for the remaining eight spots in the Championship.

Gillman Speedway will play host to the first round of the Championship, setting the bar higher than the South Australian Summer temperature! Round 1 will commence with the Qualifier on Wednesday night, January 2nd, where each rider will vie for their spot in the available eight places remaining on Thursday night.

With no brakes, gears or fear, Thursday 3rd January is anticipated to be an absolute scorcher, as tensions continue to run high after a tough Qualifier the day prior. Speedway Commission Chair, Ivan Golding, reflected on the draw of seeded and qualifying riders for the 2019 Australian Senior Solo Speedway Championship, stating;

‰ÛÏThis has been one of the strongest qualifiers we have experienced in quite some time! Yesterday‰Ûªs draw was extremely tough, making our job even harder than in previous years.

‰ÛÏThe depth of nominations received for the 2019 Championship are some of the best we have received, which has made the draw super tough. The quality of riders to pick from was very impressive, and we are no doubt locked in for a thrilling 2019 Championship!‰Û 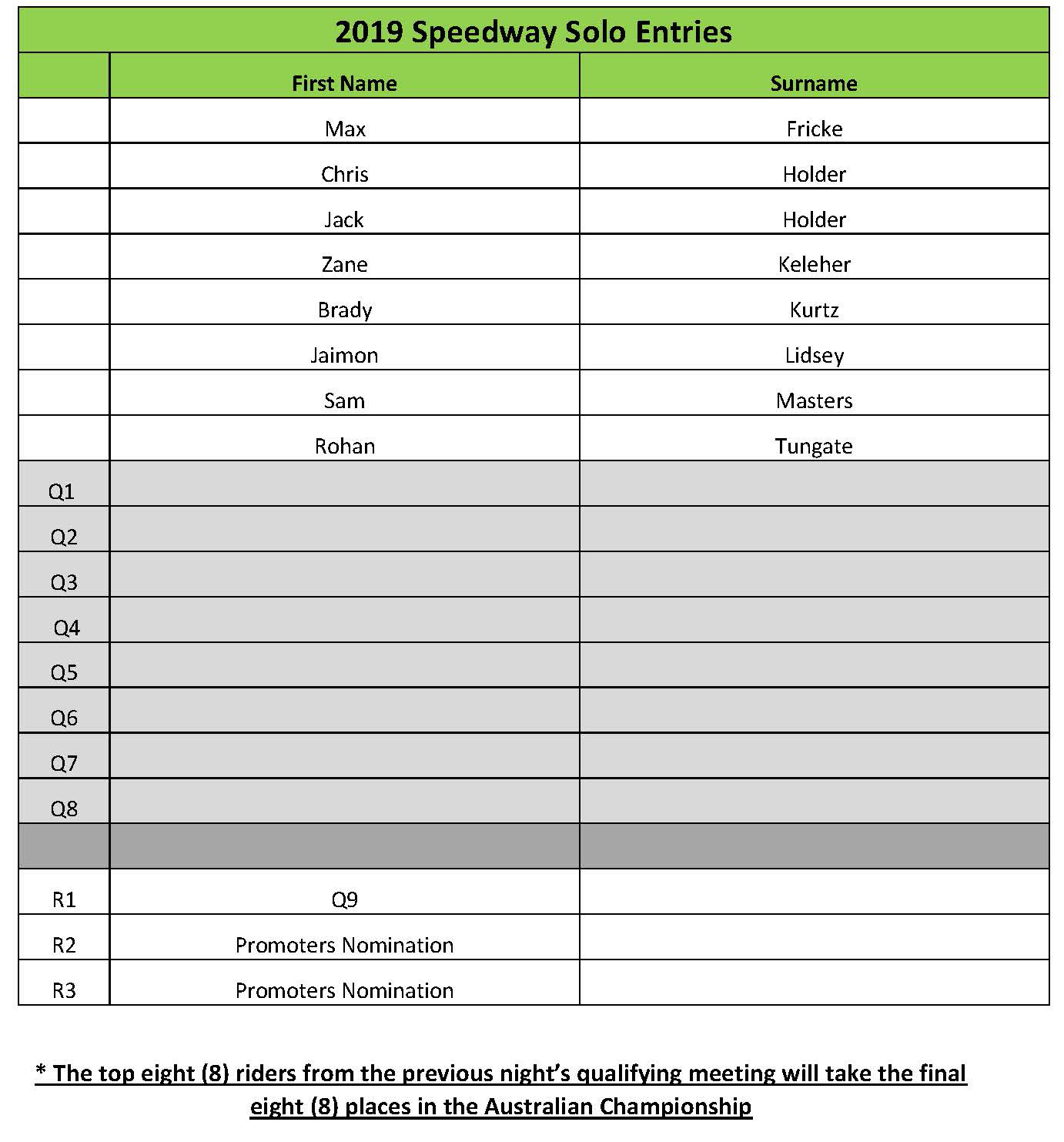 The 16 riders selected for the Qualifier on January 2nd are as follows: 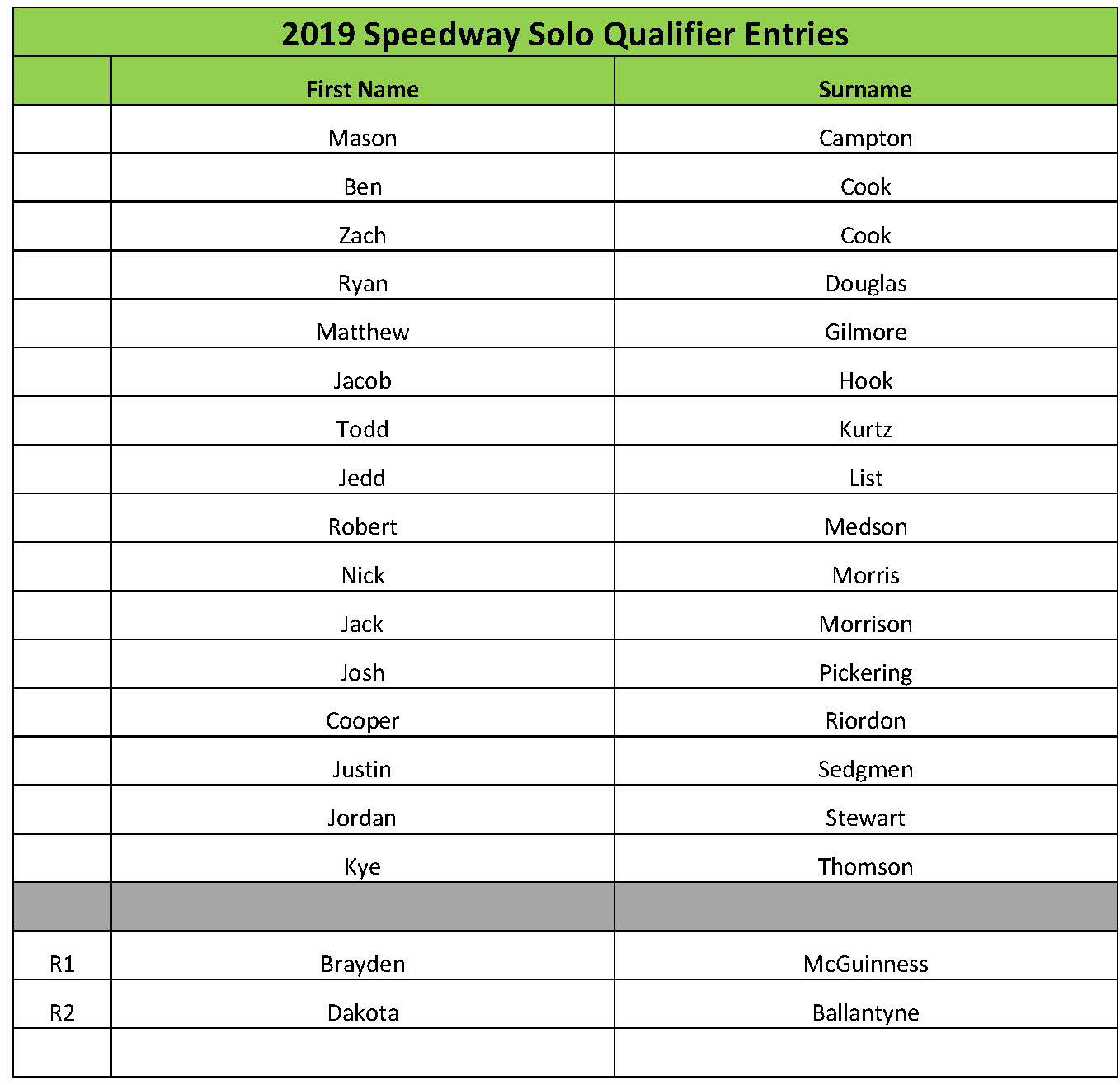