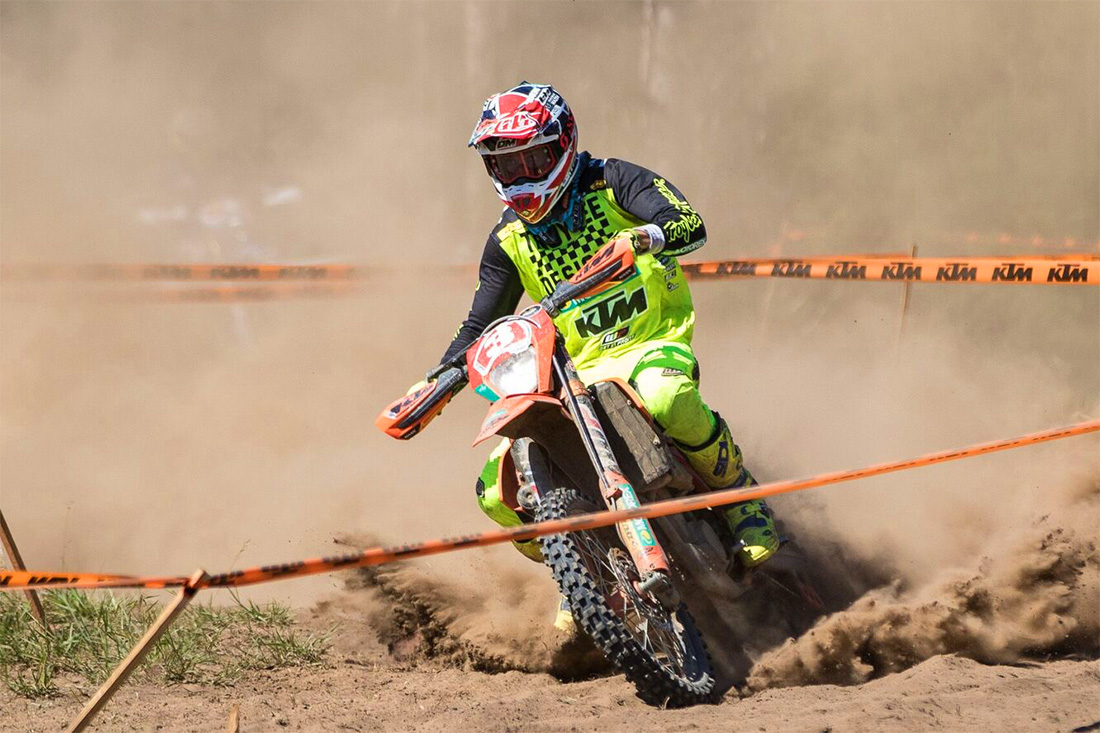 Daniel Milner once again set the pace taking the overall win and the E3 class win. Photo: John Pearson Media
Day two of the 2018 Yamaha Australian Four Day Enduro (AD4E) greeted riders with warm sunshine and some rough and dusty tracks, but that didn‰Ûªt stop Daniel Milner from once again setting the pace in Cessnock, making it two from two in the E3 class.

Daniel Sanders was once again the stand out in the E2 class, but also matching Milner‰Ûªs times throughout the day. We saw a different winner in E1 on Day two, with Luke Styke taking the honours.

The riders were pushed to their limits on day two under the warm Cessnock sun, completing nine tests and covering just under 150km through the Chris Watson Motorcycles, Troy Lee Design, Beta XT, Beta RR and finishing once again on the KTM/Husqvarna test.

E3
Milner was once again the man to beat in the E3 class taking a commanding win and putting a big gap between himself and rest of the E3 field with a time of 40:16.318, Milner has stretched his lead out to just under 2 minutes. Lachlan Stanford again enjoyed a solid days riding, and really clicked with the rougher tracks as the day went on, Stanford sits in second place with a time of 42:09.619. Rounding out the podium again in third position was Broc Grabham on his Gas Gas, finishing with a time of 42:40.700 after an improved performance from day one.

Milner was wrapped to take out day two; ‰ÛÏMy bike was awesome today and we had some really good test times, I‰Ûªm happy with where we are sitting right now. Its been good thus far, and today was a tough day with the conditions but there were some good tests that we got on when they were fresh which was nice,‰Û 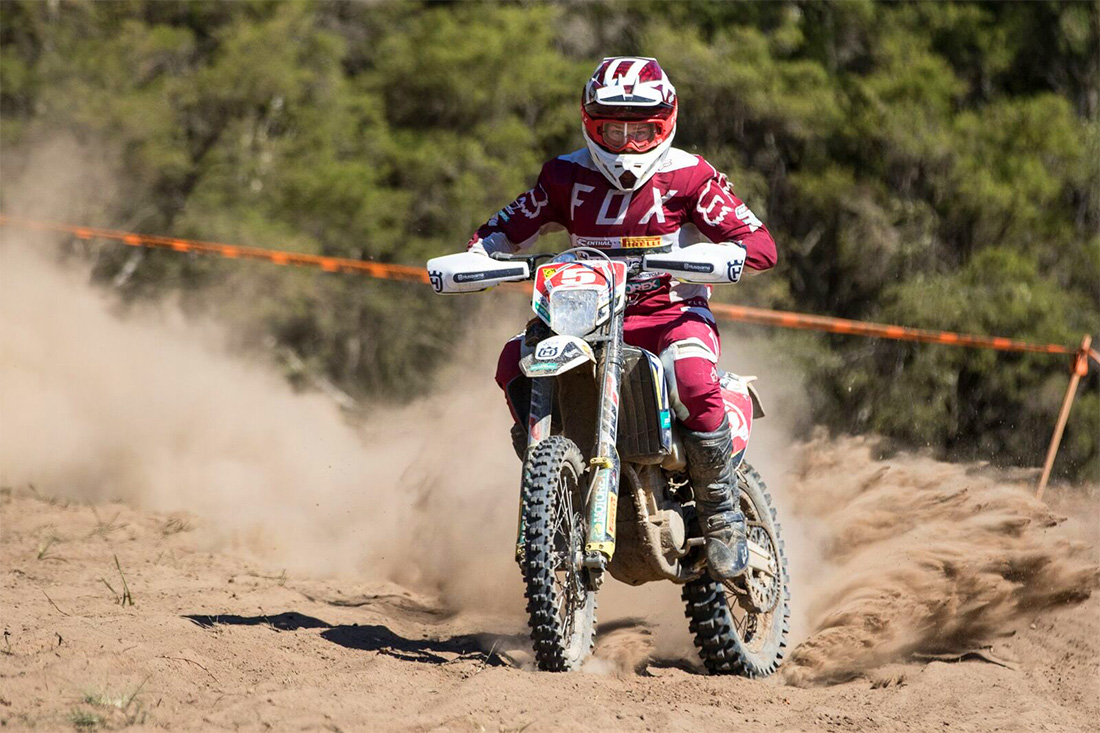 Daniel Sanders took out the E2 class and finished 20 seconds behind day two winner Daniel Milner. Photo: John Pearson Media
E2
Daniel Sanders has started the 2018 A4DE in fine form claiming day two to back up his efforts on day one. Sanders aboard his Husqvarna again topped the time sheets, but a few falls today did hurt his time, but Sanders did enough to stop the clock at 40:36.702. Active8 Yamaha Yamalube‰Ûªs Josh Green will be happy with his efforts on day two, moving into second place for the E2 class after finishing day two with a 41:52.543. Green‰Ûªs teammate Wil Ruprecht moved into third place on day two, showing great speed after a month out with a shoulder injury after his time of 42:04.208. Lyndon Snodgrass was sitting in second position after day one, but a mechanical issue has ruled him out of the rest of the A4DE.

Sanders is happy with how his A4DE is tracking after day two; ‰ÛÏIt was a good day, it‰Ûªs good to stay in front of the class and today we got to ride the new test which was good and hopefully it can hold up for tomorrow as well, but with two days finished and two days to go we just need to keep it upright and get the bike and body through to Saturday,‰Û 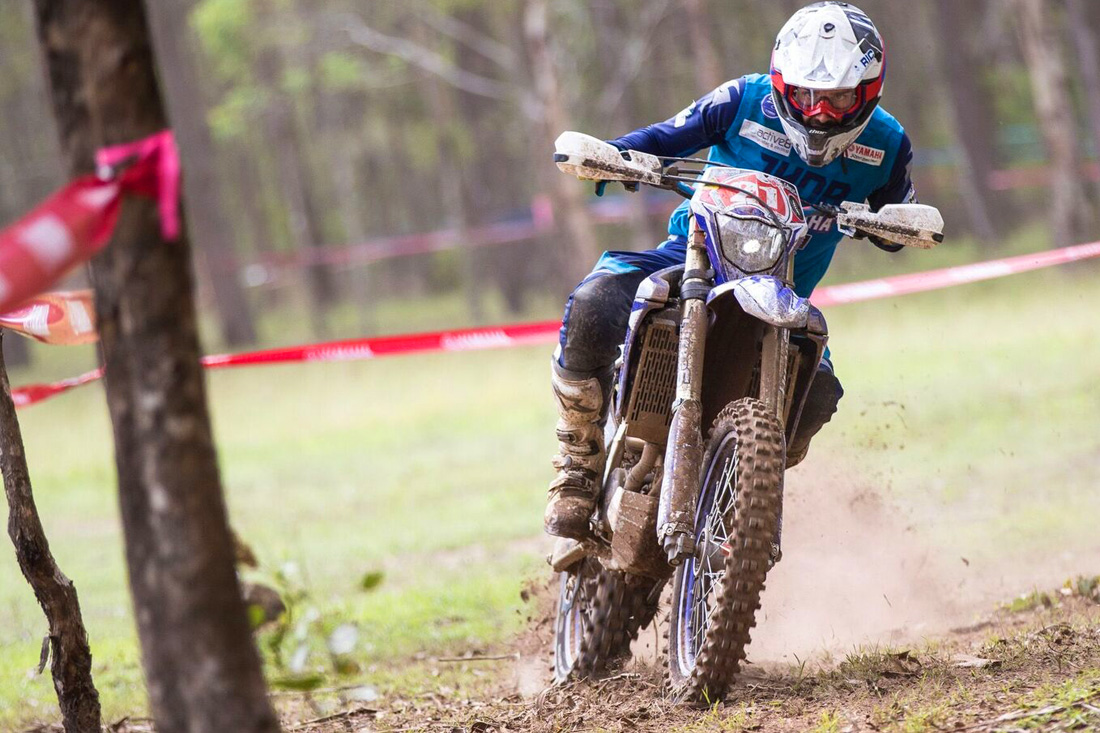 Active8 Yamaha Yamalube's Luke Styke took the win in the E1 class ahead of Michael Driscoll and Fraser Higlett. Photo: John Pearson Media
E1
Luke Styke aboard his Active8 Yamaha Yamalube has shown great speed on day two of the A4DE, taking out the E1 class on a day that pushed riders to the edge with warm conditions and rough tests. Styke rose to the occasion and put in a great days riding, stopping the clock at 41:49.088. Michael Driscoll is sitting in second after day two, the Yamaha rider is over 40 seconds a drift at the end of day two. Fraser Higlett is enjoying his move up to the E1 class after claiming third position on day two with a time of 42:55.010. 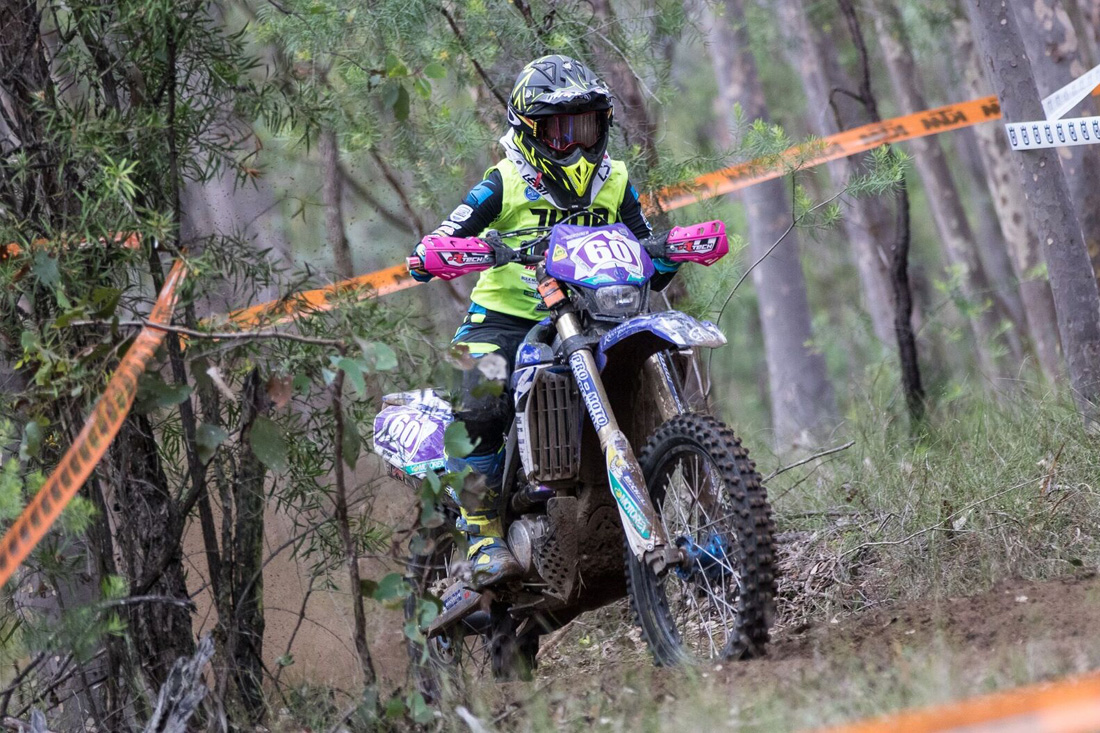 Jessica Gardiner came out on top after a close battle with Jemma Wilson in the Women's class. Photo: John Pearson Media
Womens
The Womens class was once again taken out by Jessica Gardiner who claimed six of the nine tests. Gardiner got the better of Jemma Wilson as the pair battled it out on their Yamaha's, Gardiner now has two wins from two days, setting her A4DE campaign up nicely. Gardiner stopped the clock at 48:21.089, 35 seconds clear of Wilson at 48:56.663. Emelie Karlsson had a solid day two but a few falls during the tests cost her some time, as she completed the day in 49:50.459.

Veterans
In the Veterans class it was much of the same for winner Ben Grabham who continued his great form on his Beta from day one to lead the way on day two, stopping the clock at 43:41.880. Damien Smith enjoyed the dusty conditions on his Huqvarna at Cessnock, finishing day two with a time of 44:47.078 to be trailing Grabham by just over one minute. Rounding out the podium was Greg Stephens, who put together a solid days riding to finish day two at 47:17.855. 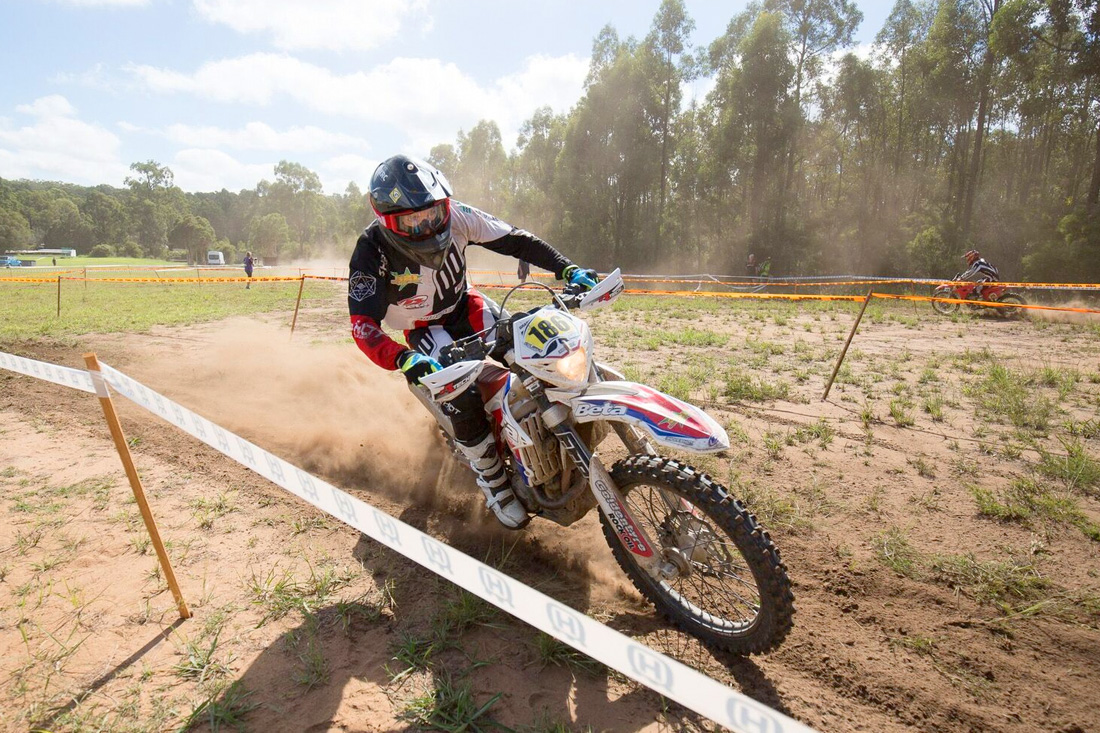 For the second day in a row Ben Grabham took the honors in the Veterans class. Photo: John Pearson Media
Masters
Brad Williscroft is setting a fast pace in the masters class, once again leading from the front and setting a time of 46:08.858, putting a significant gap between himself and the rest of the field. James Deakin is sitting in second position after day two, his time of 48:58.536 puts him over two minutes behind Williscroft. Taking the final spot on the podium for day two was Matt Dymock who stopped the clock at 50:06.420 in tough dusty conditions at Cessnock.

The action continues with day three tomorrow from 7:30am with the riders facing 165km of tough trials and five timed tests,