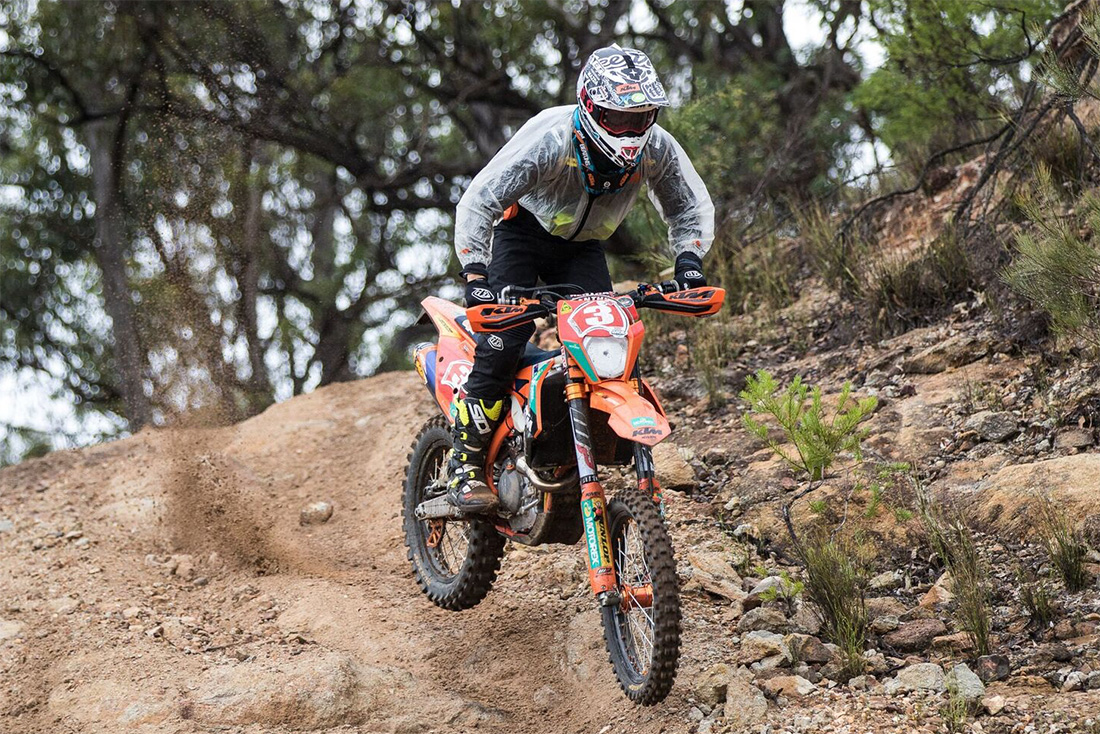 Four-time A4DE champion Daniel Milner set the pace in the E3 class. Photo: John Pearson Media
The 2018 Yamaha Australian Four Day Enduro (A4DE) has hit the ground running in its return to the off-road calendar, Daniel Milner was the fastest of the field on the opening day to take out the E3 Class.

Daniel Sanders was the stand out in E2 taking out the class, whilst KTM privateer Jack Simpson took it to his competition at Cessnock to leave day 1 in the lead.

The opening day saw riders take on five tests at the birthplace of Australian Enduro Cessnock, New South Wales, with dusty conditions putting the riders to work over the MXStore, Ballards, Funnel Web and KTM/Husqvarna tests.

E3
Milner is a four-time A4DE champion and did it show on the opening day, putting on a whooping 18 seconds on his nearest rival in the first test. With a point to prove after his third-place finish at the 2016 A4DE, Milner is a man on a mission with a point to prove here at Cessnock, finishing with an overall time of 34:55.842. Lachlan Stanford has the tough task of trying to reign Milner in over the next three days, as he sits in second position with a time of 36:26.891, over a minute a drift of Milner. Broc Grabham rounds out the top three in E3, completing day one with a time of 36:50.180 leaving Grabham with a bit of work to do to chase down Stanford.

E3 Class winner Milner was happy with his form on the opening day; ‰ÛÏIt was good out there; the grass track out at the MXStore test was a great test and it really suited me on the 500. I went down in the Ballards test but still managed to take the win there and get a solid time, and then I just tried to stay consistent for the rest of the day and came away on top with a good time,‰Û 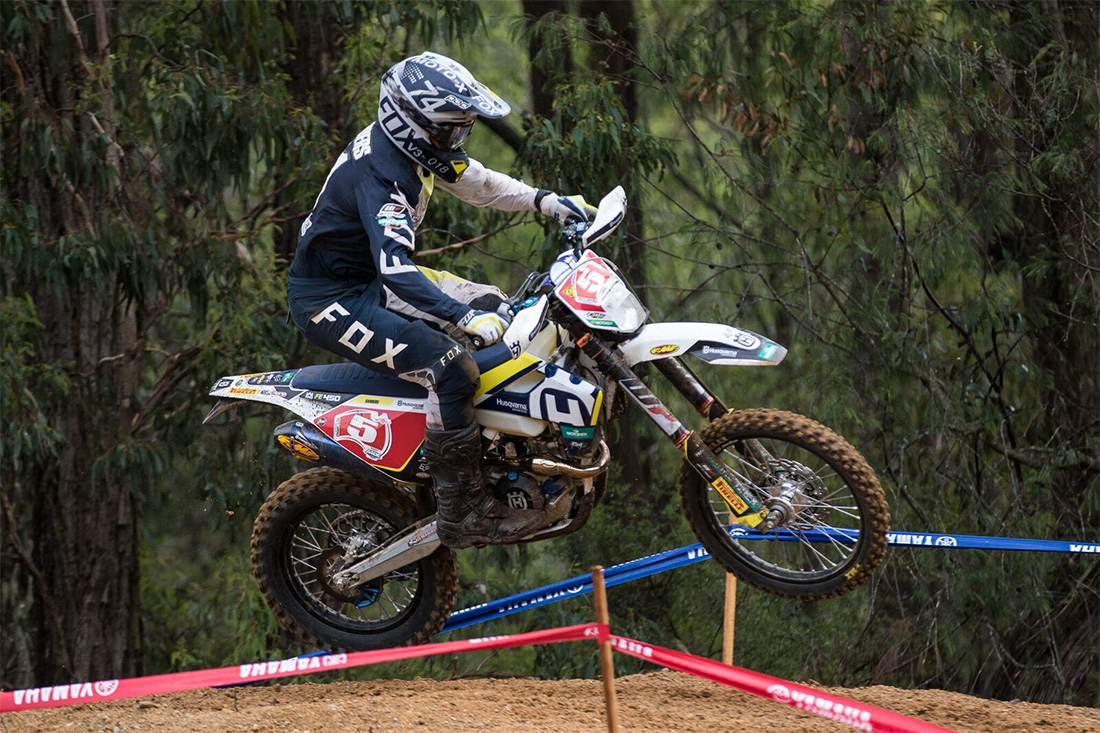 Victorian Daniel Sanders lead home a strong E2 field. Photo: John Pearson Media
E2
Returning to the A4DE after taking out the E3 class in 2016, Sanders looks at home in the E2 class and after a slow start to the day, he finished well to stop the clock at 35:23.822. Sanders will be a tough man to chase over the next three days, but Lyndon Snodgrass aboard his KTM Enduro Racing Team will begin the chase tomorrow as he sits in second with a time of 36:09.835. Josh Green will be pushing his Active8 Yamalube Yamaha again on day two after a solid day one, sitting in third position after finishing the day with a 36:13.750

Sanders enjoyed the opening day of the A4DE on his new Husqvarna; ‰ÛÏYeah its more of a relief, and I was struggling a lot at the start of the day, but we changed a few things on the bike and we picked up some good time. Milner has a pretty good lead now, but we move our focus onto tomorrow and concentrate on the track and the new test which will be good, but it will be a tuff again tomorrow,‰Û 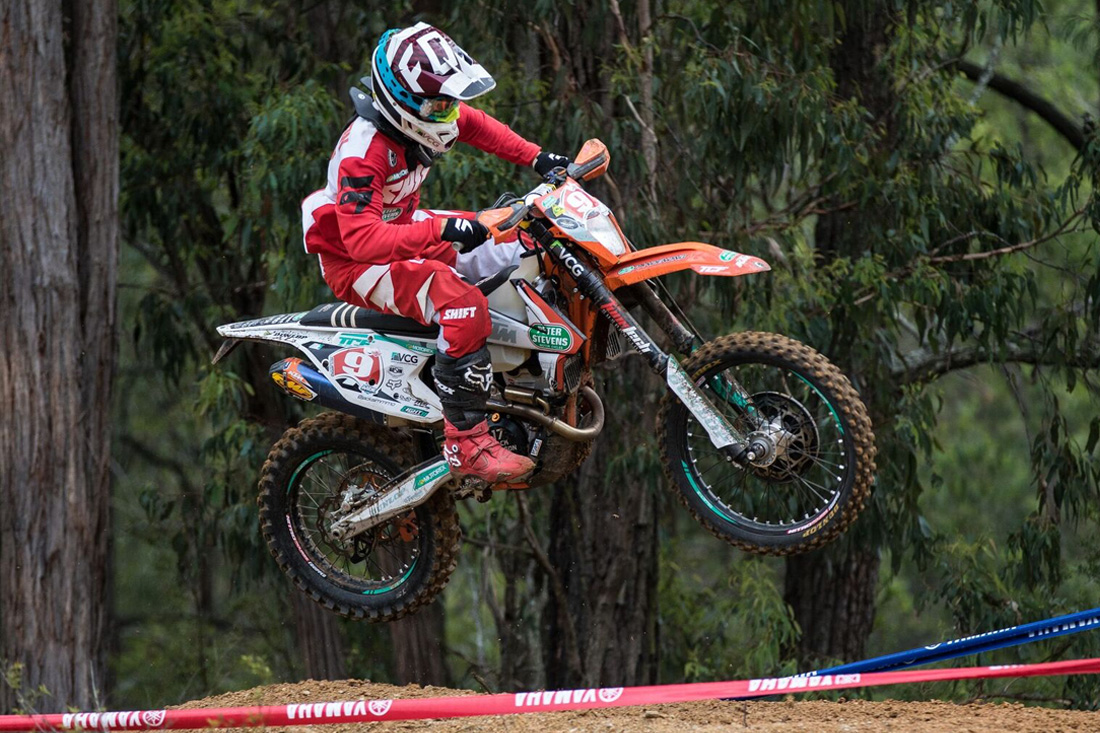 Jack Simpson leads the E1 class after day one with Fraser Higlett hot on his heels. Photo: John Pearson Media
E1
Jack Simpson took on the dusty conditions and put his motocross background to great use at Cessnock on the opening day of A4DE. Simpson aboard his KTM got off to a great start in the first test and continued his form throughout the next four tests, finishing in the lead with a time of 36:13.271. The battle in E1 is close with Fraser Higlett nabbing at Simpson‰Ûªs heels in second position, just three seconds behind the leader with a 36:16.355. Third position went to Luke Styke aboard his Active8 Yamalube Yamaha, who has again impressed since moving over from motocross. Styke stopped the clock at 36:16.805 in his first A4DE, and leaves the E1 class wide open heading into day two. 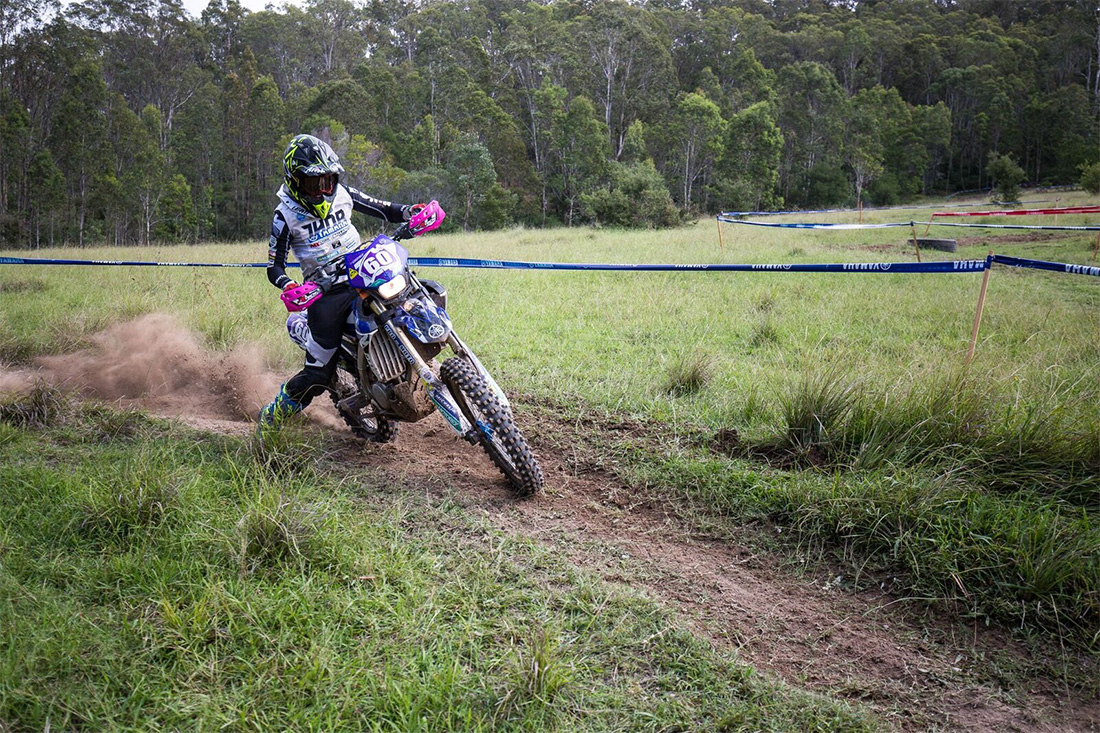 Jessica Gardiner holds a slim lead over Jemma Wilson in the Women's class. Photo: John Pearson Media
Womens
The battle on day one for the Women‰Ûªs class was one to watch, with eventual leader Gardiner, Jemma Wilson and Emelie Karlsson all trading places early in the day before Gardiner made her move in the afternoon to take out the opening day. Gardiner leads all comers with a time of 41:05.649, holding just under a ten second gap to Wilson in second 41:15.056, whilst Karlsson is sitting in third position after ending the day with a time of 41:42.897. The battle out front is definitely going to be one to watch over the next three days.

Veterans
In the Veterans class on day one at Cessnock, it will be Ben Grabham leading the paddock into day two after recording a 37:46.980 over the five tests. Damian Smith battled well in the dusty conditions to stop the clock at 38:39.795, to secure second position. In third position after day one will be Greg Stephens after clocking a time of 40:16.055, which leaves him within striking distance of Smith in the battle for second position.

Masters
Brad Williscroft has set the pace in the Master class at the opening day of the A4DE stopping the clock at 39:08.754, Williscroft is in a commanding position with a lead of three minutes. James Deakin is sitting in second position after day one, Deakin will be looking to continue his riding form on day two after finishing with a time of 42:10.937. The podium was rounded out by Matt Dymock who is only 13 seconds behind Deakin, with a great battle for second place looming over the next three days. 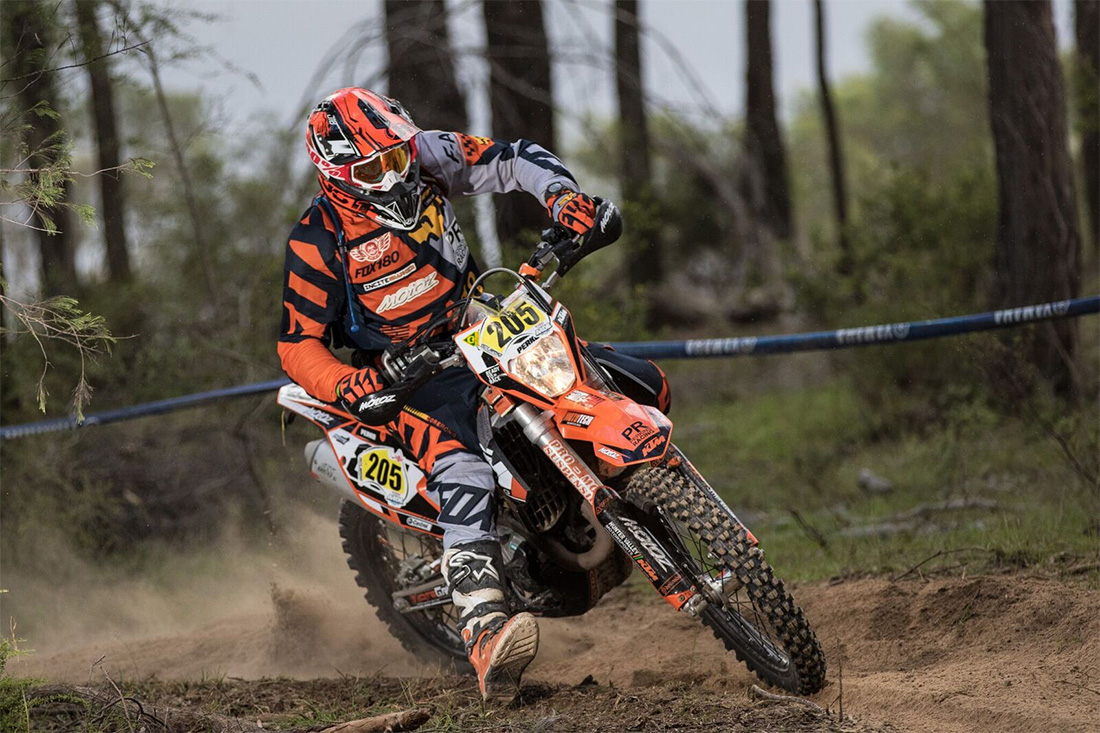