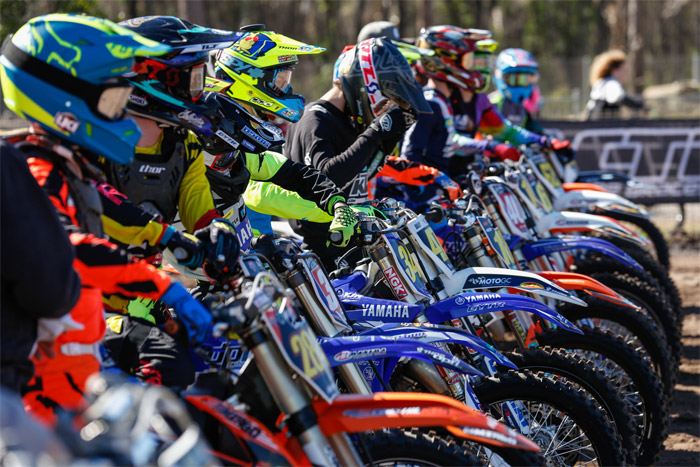 Williams Event Management the Promoters of the Australina Motocross Championship, has announced the following support classes for the 2018 MX Nationals race season.

The Rising Star Rookies will compete at three rounds throughout the year, being Round 2 at Appin, Round 5 Murray Bridge, and Round 10 at Coolum.

The 125cc Junior Cup will headline at three rounds - Rounds 4 and 5 at Wonthaggi and also at Round 10 at Coolum.

The 125cc Gold Cup Seniors will race at four rounds, Round 1 at Newry, Rounds 7 and 8 at Maitland, and at Round 10 Coolum.

The Amateur Cup will lineup at two rounds, Round 6 at Conondale and Round 10 at Coolum.

The Australian Women‰Ûªs Championship will be conducted over two rounds with four Motos at each round. Round 1 for the ladies will be in conjunction with the Manjimup 15000 in Western Australia and Round 2 will be held at Coolum‰Ûªs Round 10 of the MX Nationals.

Finally, the The Australian Veteran‰Ûªs Championship will be conducted over one round with four Motos for each class, which will also be hosted in Western Australia alongside Manjimup 15000.