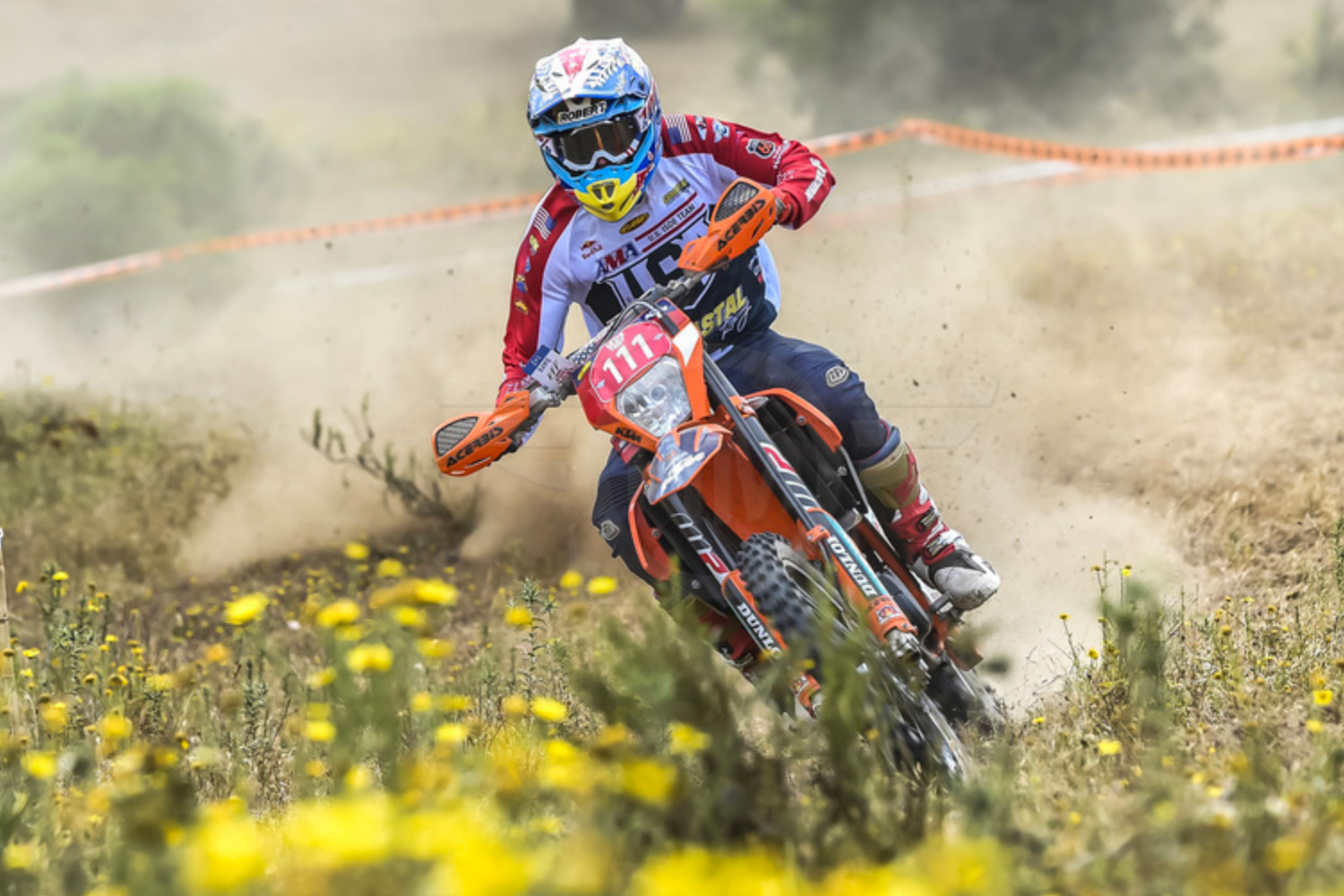 The United States secured a slender four-second margin of victory over closest rivals Australia, with Spain ending day one over one-minute behind the two nations in third.

In the FIM Junior World Trophy class, Italy have set the pace claiming victory on day one over defending champions France in second, with the United States third. Australia hit the ground running in their bid for a record-breaking sixth consecutive FIM Women‰Ûªs World Trophy win by stealing a march on the United States and Spain.


After much anticipation, this year‰Ûªs edition of the FIM ISDE finally got underway in ViÌ±a del Mar. Following an early start to the day, the four-hundred and forty-six competitors from twenty-five nations tentatively rolled off the start line to begin six days of world-class Enduro racing. The opening day‰Ûªs course took riders north of the city, offering breathtaking views along the Pacific Ocean. On a route known as the Pacific Challenge, competitors completed two demanding laps and a total of six sandy and technical special tests.


At the head of the field, the United States and Australia were quick to make their presence felt as they went back and forth in the overall FIM World Trophy standings. Consistently topping the classification, the duo began to pull clear, with the United States eventually getting the better of Australia on day one. Behind Spain in third, Italy ended their opening day fourth, while defending champions France had a slow start to their week, placing almost two minutes behind the leaders in fifth. Host nation Chile performed strongly in sixth.

As the United States‰Ûª top performing rider, Taylor Robert, who also topped the overall individual classification, is pleased with the team‰Ûªs start to the FIM ISDE.

‰ÛÏTo be in this position after day one is very promising,‰Û 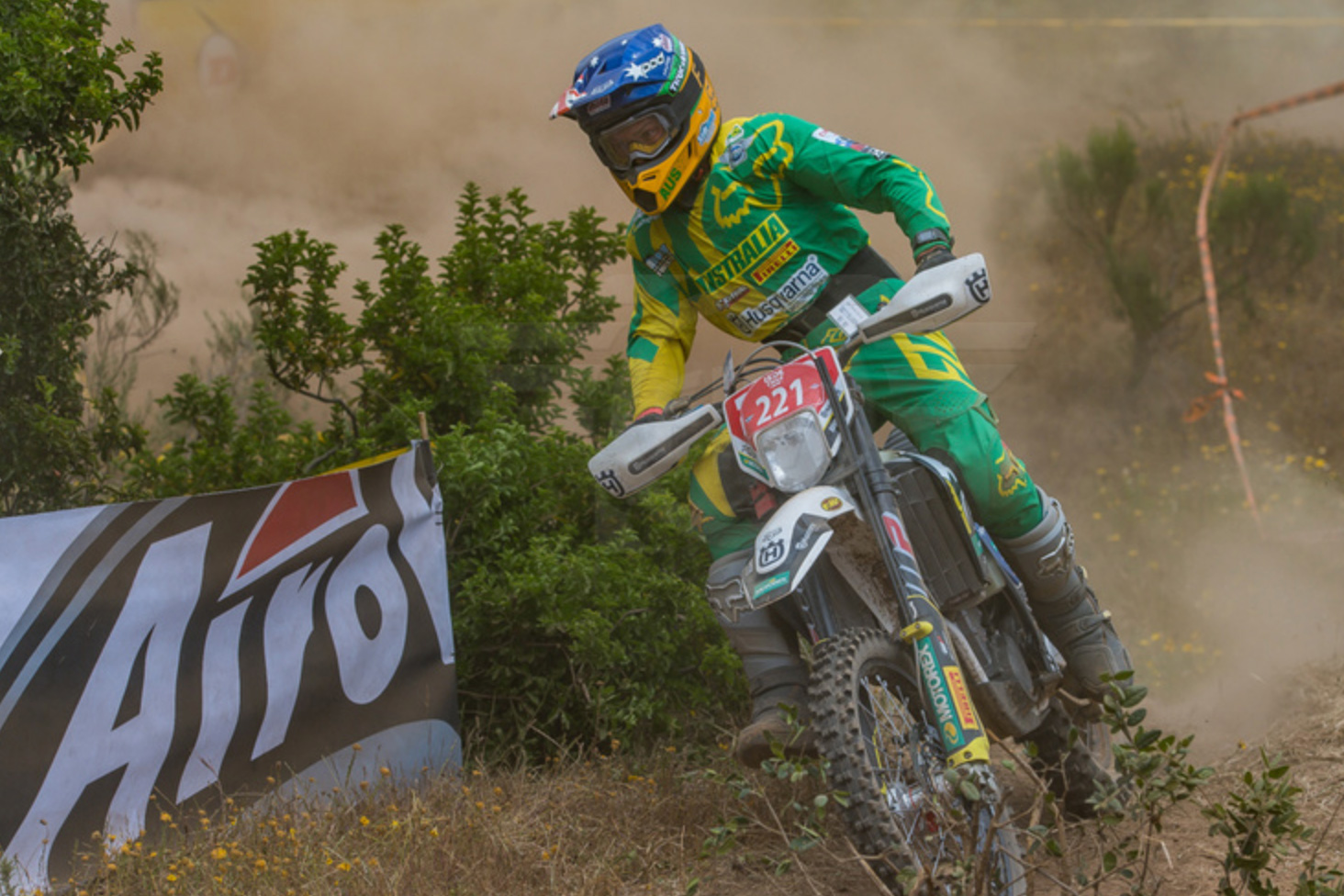 Behind them, defending champions France are within striking distance of their rivals, sitting thirteen seconds adrift as runners up on day one. With only a further twenty seconds separating France from third placed United States, competition is already proving close in the Junior ranks.

Helped by Ruy Barbosa‰Ûªs result of eleventh overall, Chile end day one in fourth, with Australia three seconds behind in fifth.

As expected Australia were quick to establish their dominance in the FIM Women‰Ûªs World Trophy category, taking a commanding lead on day one. Led by GNCC Champion Tayla Jones, the defending champions have already pulled over ninety seconds clear of the United States in second, with Spain a further two minutes and sixteen seconds back in third. France and Sweden complete the top five.

View full results from day one on the FIM ISDE app or click here. 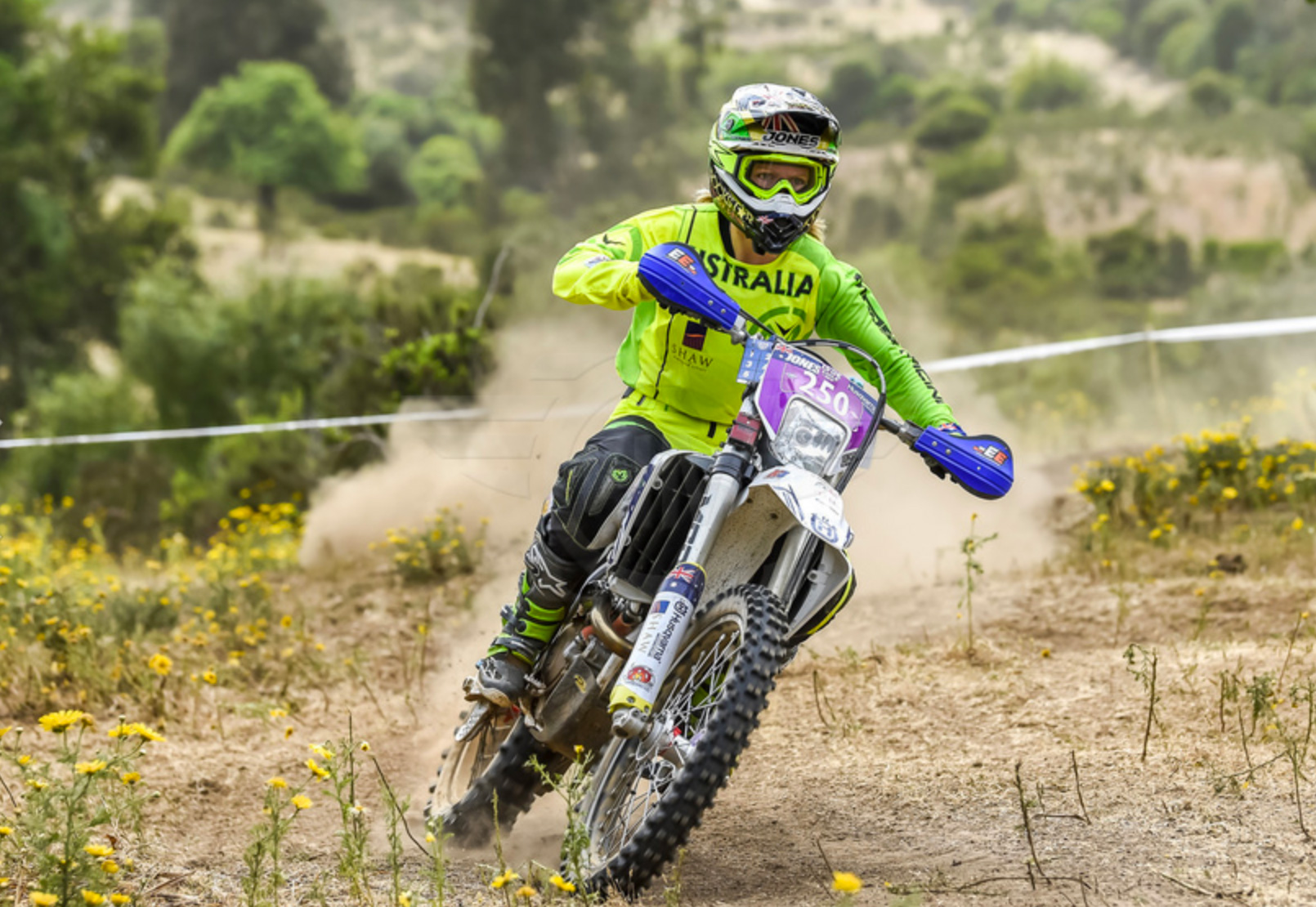 Tayla Jones helped Australia to an early lead in the Women's Class as they aim for their sixth straight win. Photo: Sarah Kinrade