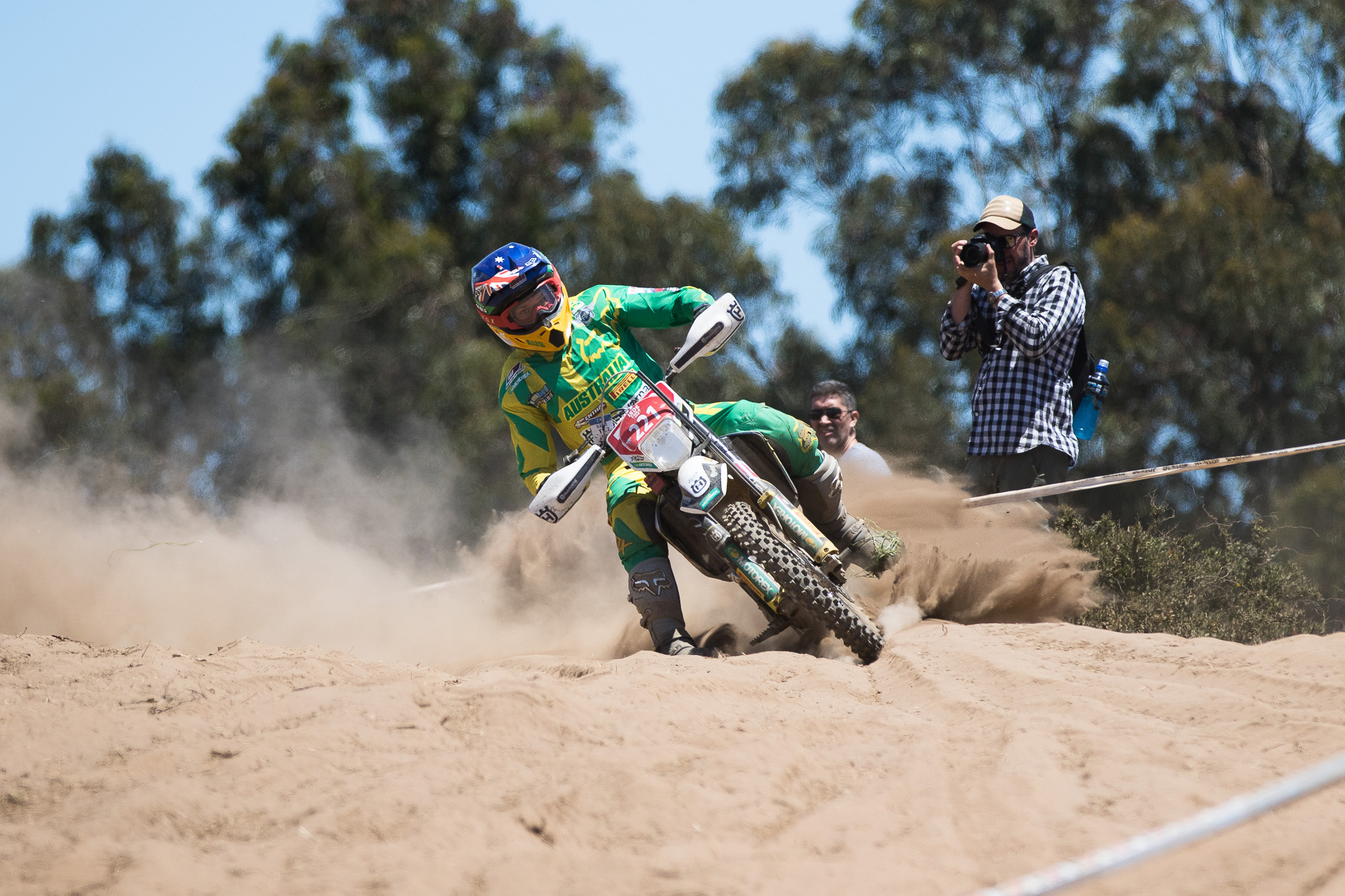 Daniel Sanders. Photo: John Pearson Media
The sun has set on day two of the 2018 FIM International Six Days Enduro (ISDE) and Australia has maintained a fantastic momentum across all three classes.

Set once again against the stunning Pacific coastline, riders from 25 nations tackled the Pacific Challenge for two laps and six technical and slippery tests, spanning 284 kilometres in length. Due to deteriorating dry conditions, it was a physically tough and demanding day for all. 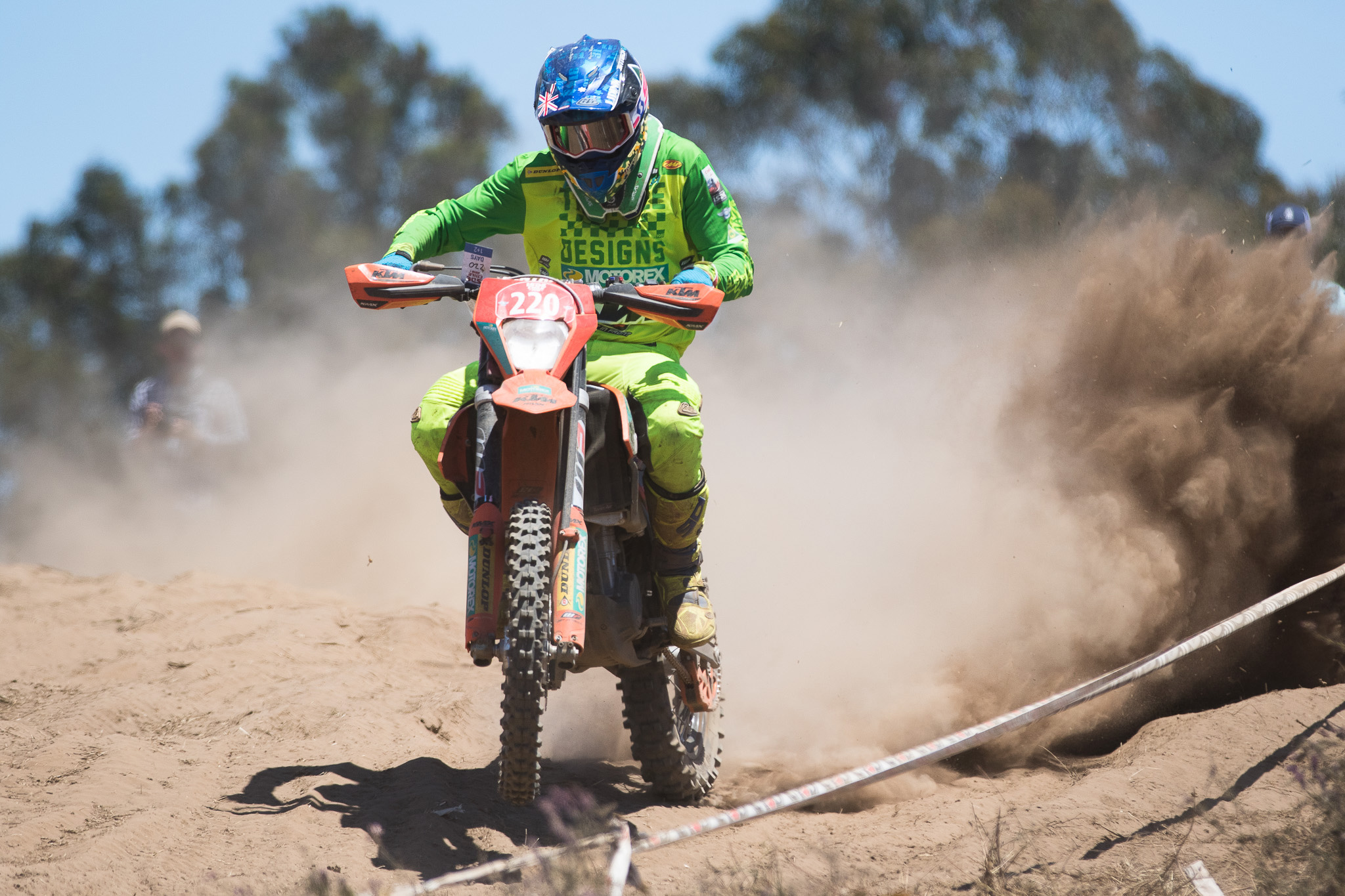 Daniel Milner. Photo: John Pearson Media
Day one for the Australian World Trophy Team saw all four riders set a cracking pace, with Team USA leading by roughly four seconds overall. Upon reflecting on this short distance separating Australia from top position on the leader board, the team came into day two with a point to prove.


The determination and perseverance of Team Australia shone through, as the Australian World Trophy Team knocked Team USA off their first-place perch, setting a cracking lead of just over 91 seconds! Daniel Milner set the pace, clocking in the fastest time of 54:56.44, which has now put him in first position overall. Daniel Sanders came in hot on Milner‰Ûªs heels, with a fastest time of 55:13.66, which moves him up the overall leader board to second position. Closing off the day with a fastest time of 56:46.34 was Josh Strang, who now sits at 14th position overall. Unfortunately, Lyndon Snodgrass did not finish day two due to a bike malfunction and is now out for the remaining four days.

‰ÛÏI was on the first minute and didn‰Ûªt have the dust ball in front of me, so it worked out really well! The team is going strong and ‰ÛÏChucky‰Û 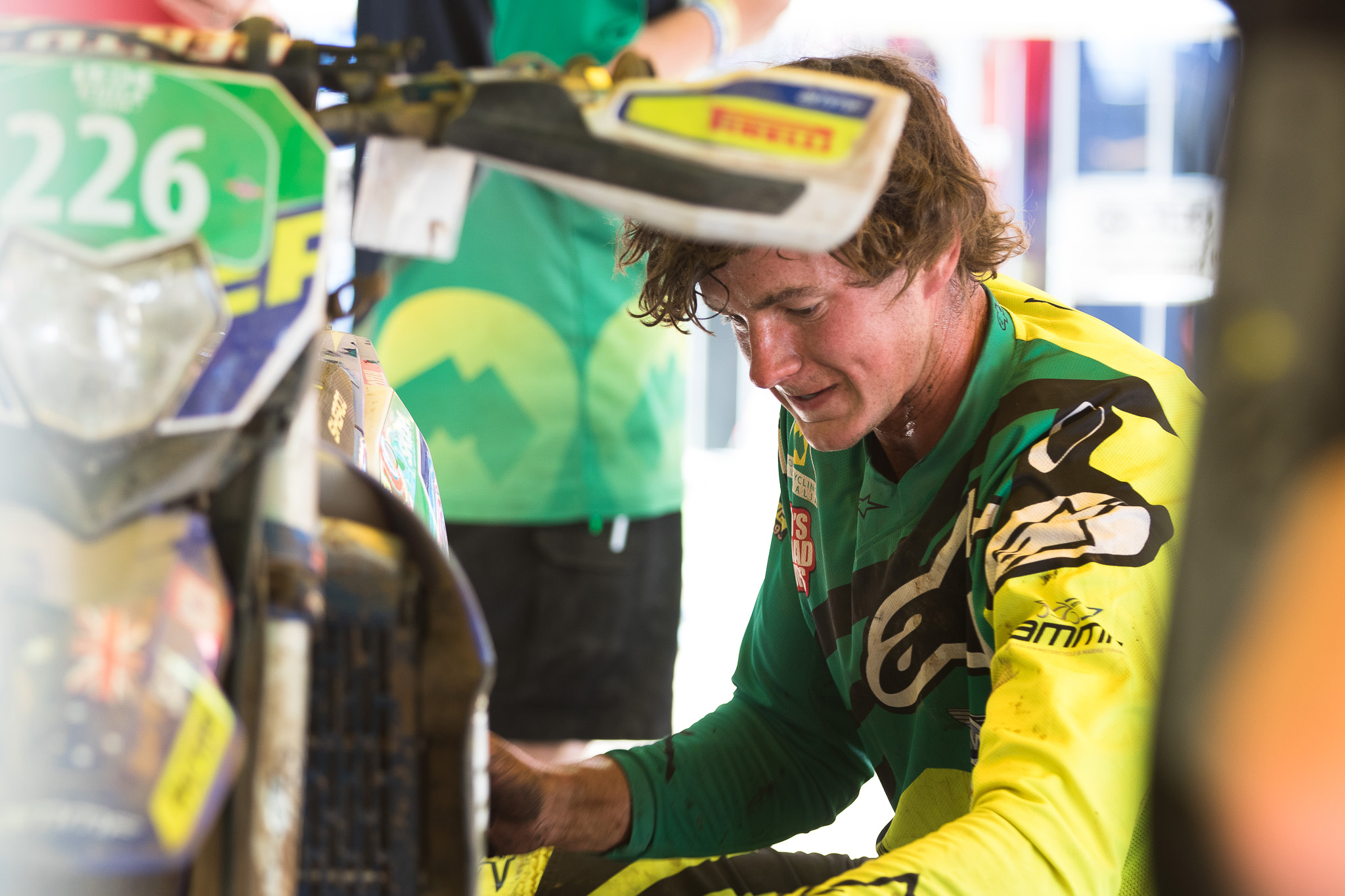 Andrew Wilksch. Photo: John Pearson Media
Looking to the Australian Women‰Ûªs World Trophy Team, day two was another scorcher on the track and the leader board, as the team maintained their first-place position ahead of USA, Spain, France and Sweden. Australia now leads ahead of Team USA by just over three minutes, cementing their currently unrivalled teamwork and Enduro skills on an international platform.

Reflecting on the team efforts today in maintaining a secure lead ahead of Team USA, Gardiner noted; ‰ÛÏPersonally I rode much better today. There were still a few little mistakes in the test, but I definitely had a bit more fun on the bike today and found a better headspace. Of course, this is a team event and everyone is really working hard on the controls. Tayla and Mackenzie have ridden really well today as well, thankfully, and extended our lead quite a lot. So, fingers crossed we keep the ball rolling and keep it moving!‰Û 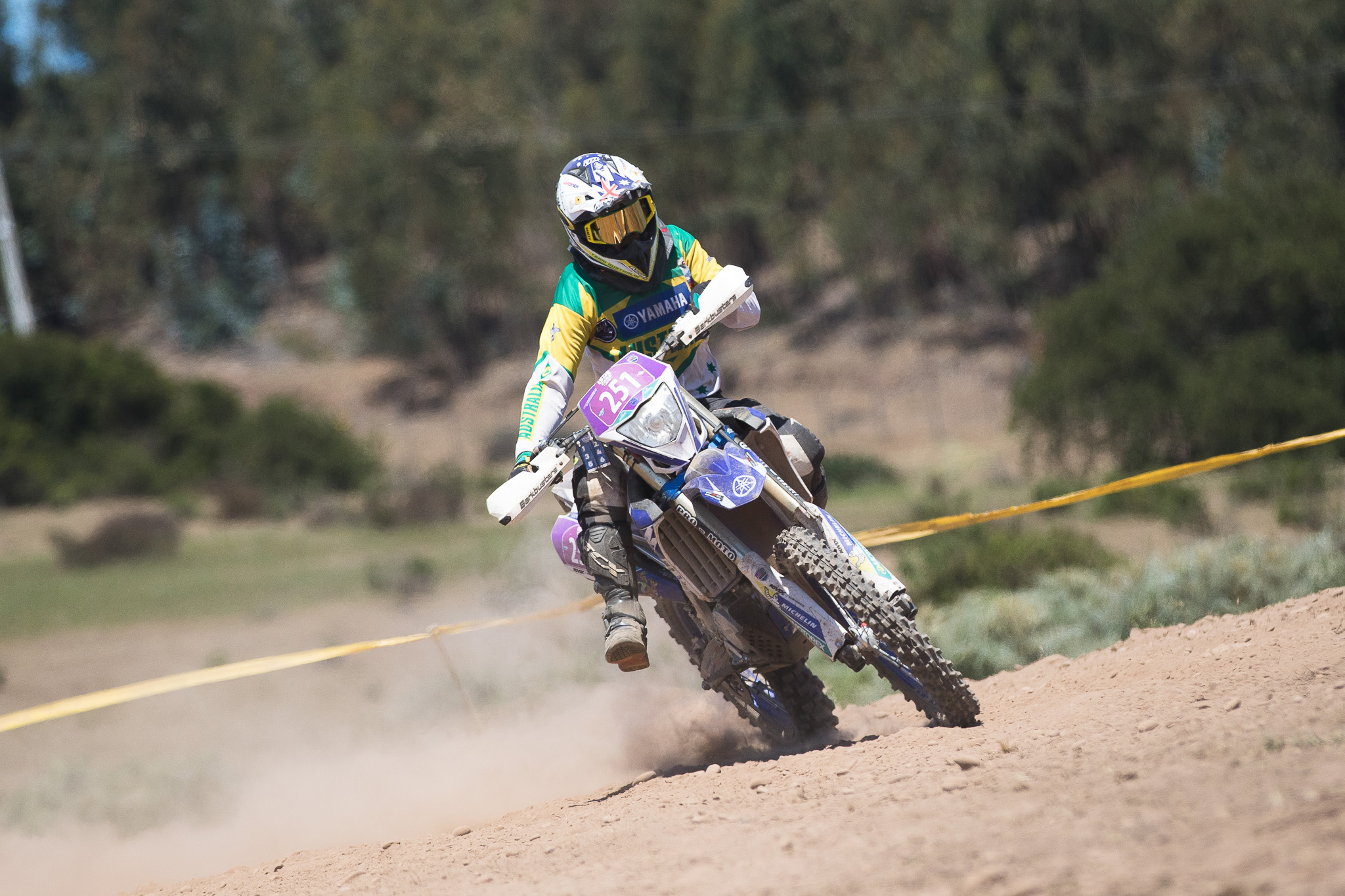 Jessica Gardiner. Photo: John Pearson Media
Climbing on up the leader board in the Junior Trophy Class in day two was the Australian Junior World Trophy Team, who fought through tough, dusty and slippery conditions to knock Chile off its perch to take fourth position. Ahead of Australia is Italy in first place, followed by USA and France, who the Australian Junior World Trophy Team currently trail by just under two minutes.


Tomorrow, day three will take competitors inland on a new course offering a mixture of hard packed and rocky, mountainous terrains. The proposed two laps and six special tests will total three-hundred kilometres of riding and push riders to their limit as they manage the high heats and keep their bikes running steady!

View full results from day one on the FIM ISDE app or click here. 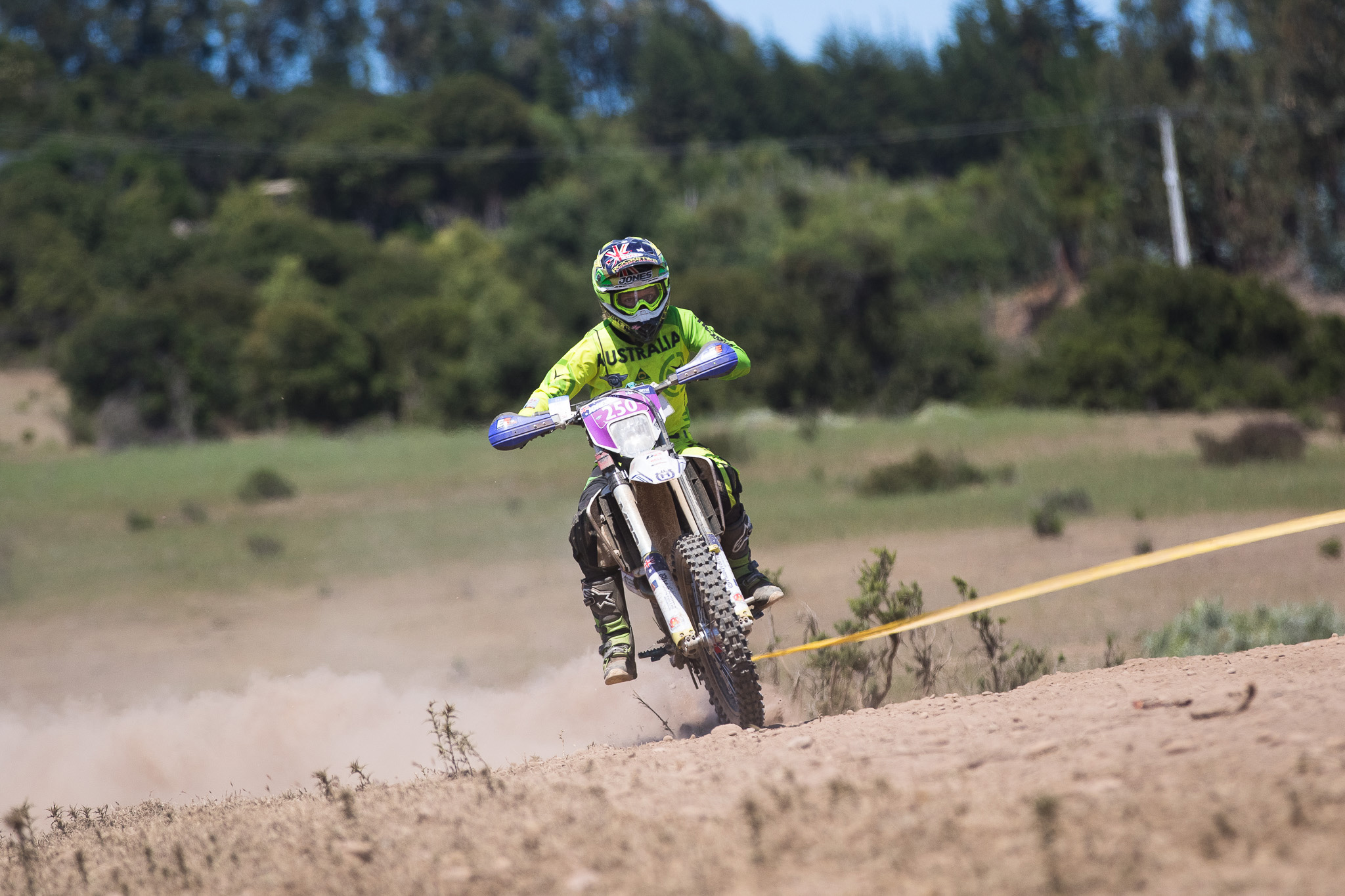