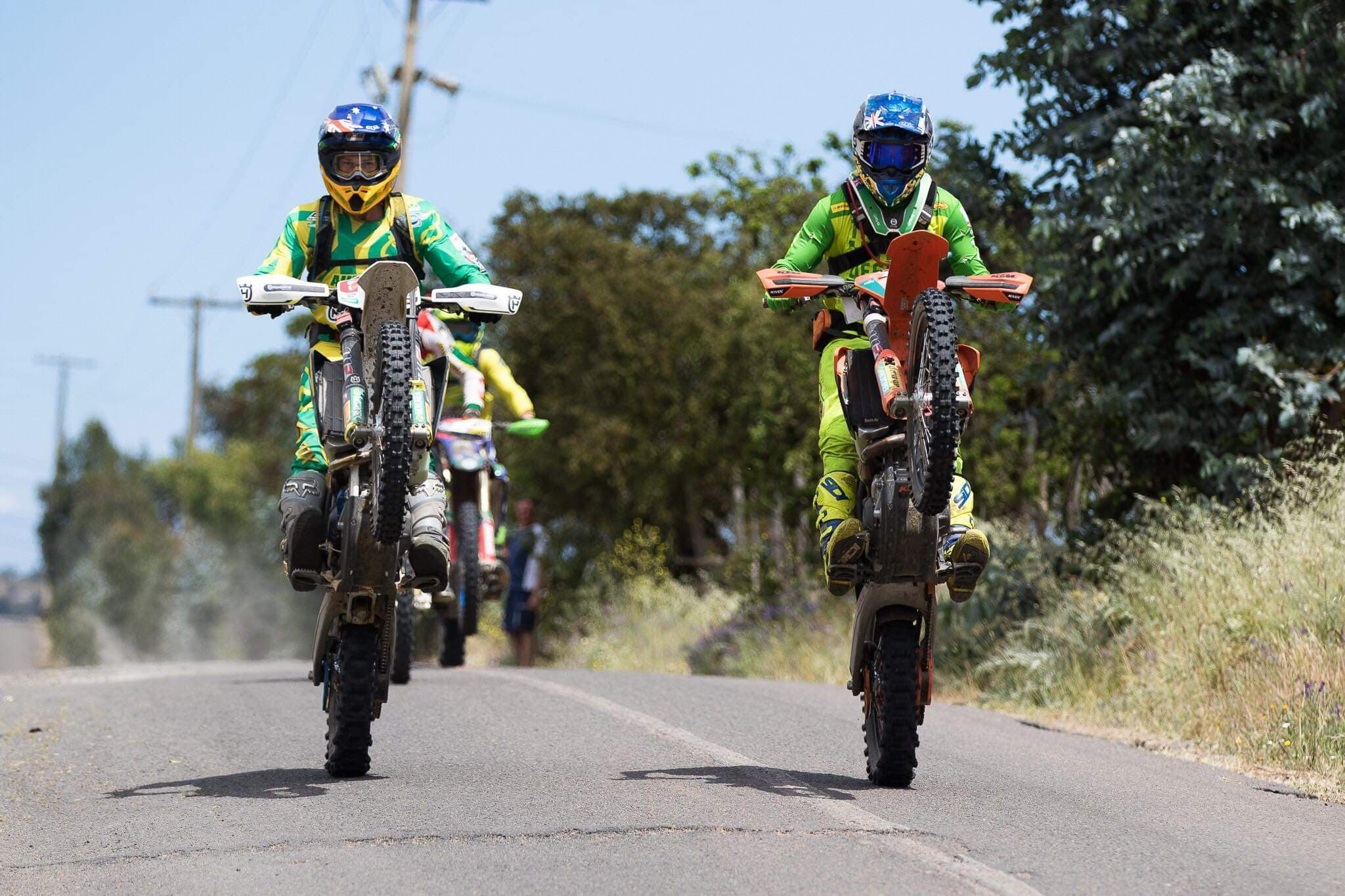 Day one of the 2018 FIM International Six Day Enduro (ISDE) has been left in the Chilean dust, and Team Australia remains a strong and dominant force in all classes.

Setting off early Monday morning, Team Australia was amongst the 446 competitors from 25 nations to kickstart six days of world-class Enduro racing. Along the Pacific Challenge, riders completed two demanding laps and a total of six sandy and technical special tests, travelling a total of 284 kilometres.

At the conclusion of day one the Australian World Trophy Team has finished an undeniable high, sitting in second position overall in the World Trophy Class underneath Team USA who have taken out top position, with less than five seconds separating the two teams.

Day one also saw Team Australia score three positions in the top 15 with Daniel Sanders finishing the day with a fastest time of 54:42.00, winning the first test of the event which earned him second place overall. Sanders sits just under 22 seconds behind the current leader, Taylor Robert from Team USA. Teammate 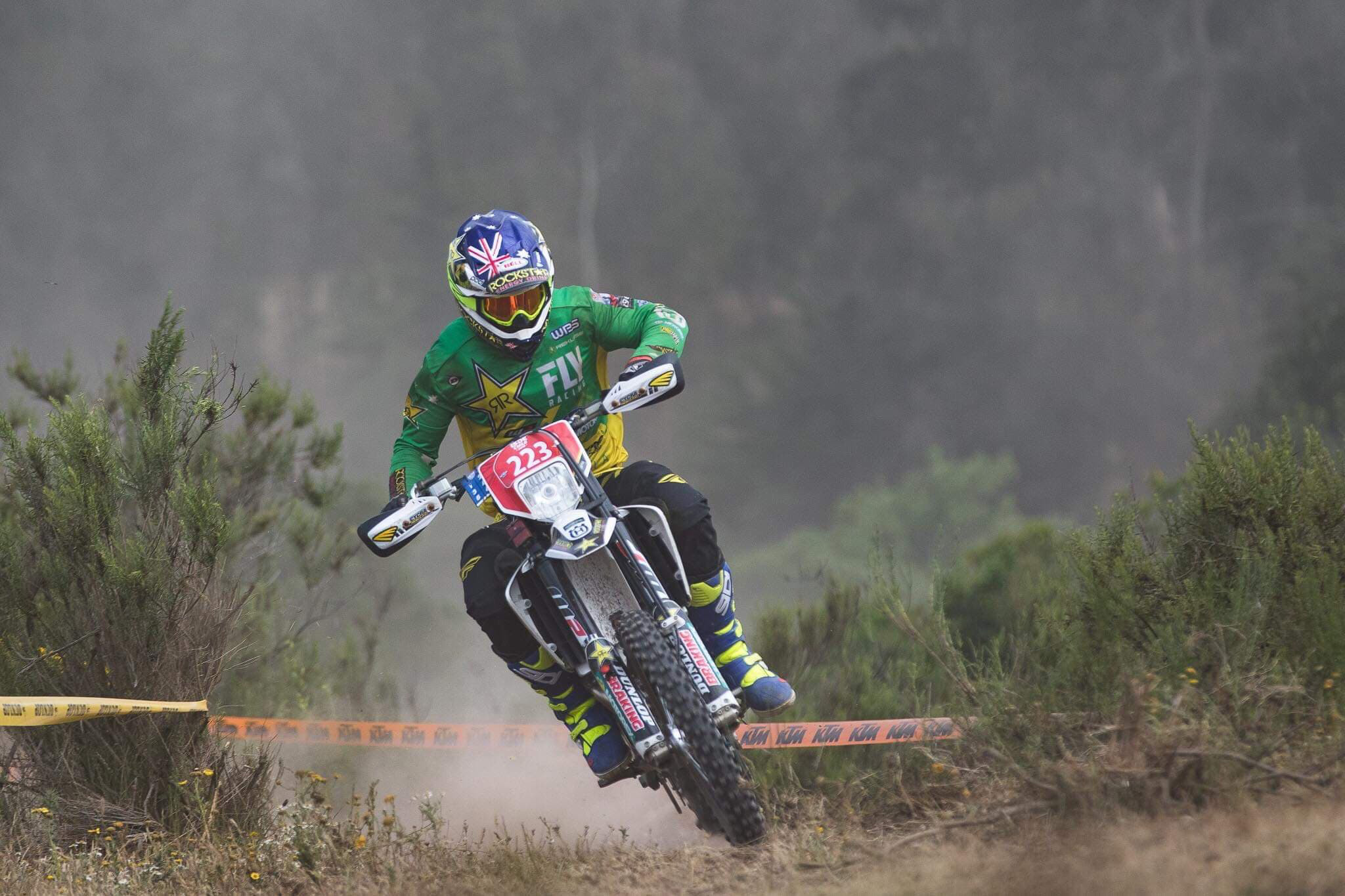 Josh Strang coming to terms with the terrain in Peru. Photo: John Pearson Media
Daniel Milner took out the third and last podium position, with a fastest time of 54:49.82 and winning the second and fourth test of the day. Milner sits just over seven seconds behind Sanders and will no doubt use tomorrow to put the heat on Team USA and close in on the current time different. Rounding the top 15 was Joshua Strang, who locked in a fastest time of 55:42.62. Lyndon Snodgrass came up against challenges throughout day one, earning 26th position overall with a fastest time of 56:03.17.

‰ÛÏI started off day one really well, getting the first overall test win," Sanders said. "Personally, I did some good test times but struggled in the dust especially with it being the first day and there being a lot of traffic. Milner and I fought through that though, and the two of us rode really well individually as well, leading the team to second position. We have a clean run tomorrow so hopefully we can make up some time on the Americans!‰Û 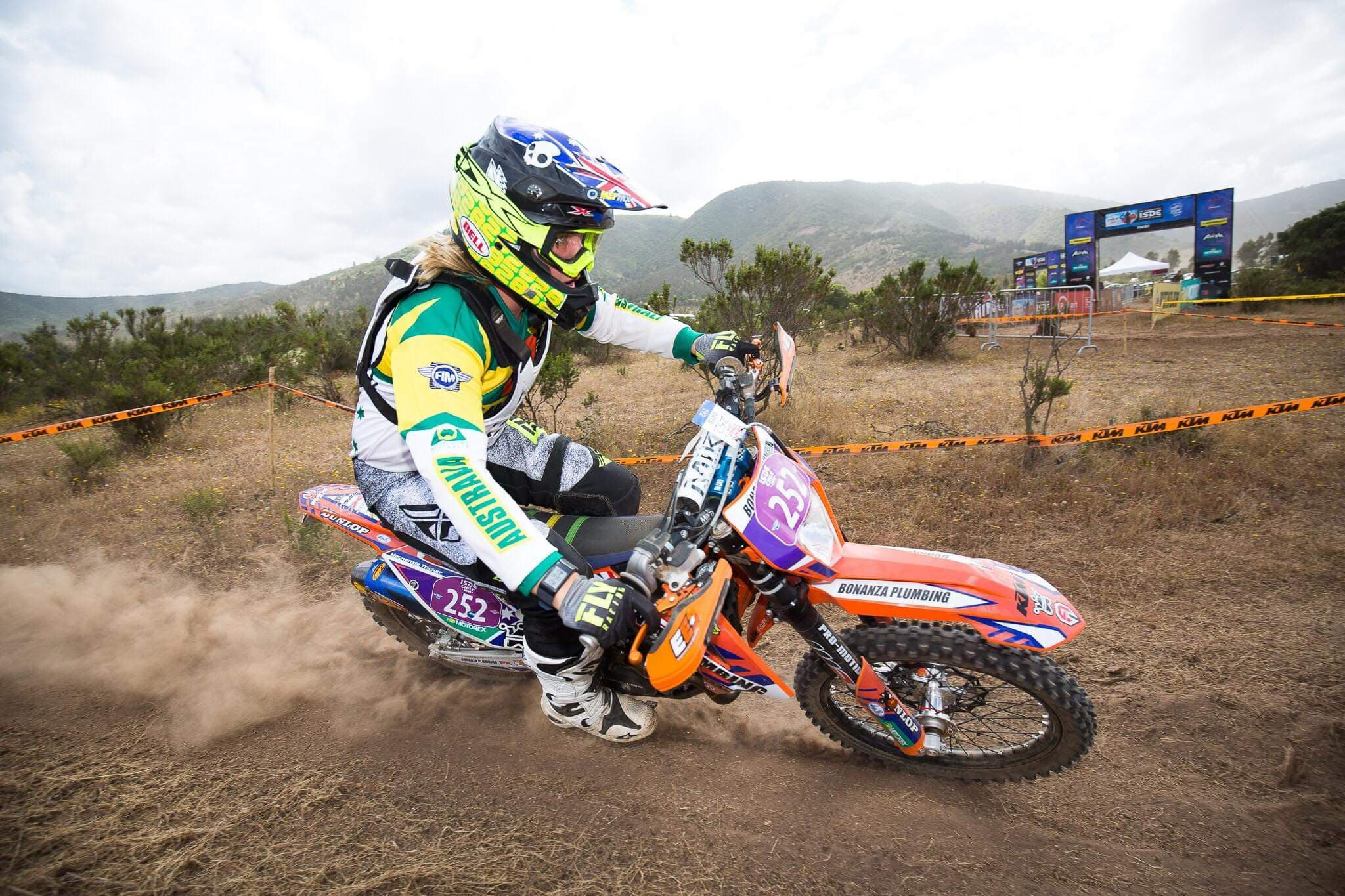 Mackenzie Tricker finished third in the Women‰Ûªs World Trophy class for a strong ISDE debut, compatriot Talya Jones took the win Photo: John Pearson Media.
Australia‰Ûªs juniors will use day two to diminish the distance with Chile, and work to climb the leader board currently held by Italy, France and USA respectively. Fraser Higlett leads the charge for the juniors, clocking a fastest time of 56:26.19 and scoring 41st position overall. Tom Mason earnt 43rd position overall with a fastest time of 57:11.96, and Andrew Wilksch rounding out the team‰Ûªs efforts with a fastest time of 57:07.31 and landing 47th position.

Higlett was really impressed with the team‰Ûªs strength in day one, stating:

‰ÛÏIt was a pretty good day today but the tracks were super dusty. It was tough starting back behind other riders but I made up some positions and the team came home strong by the end of the day. We‰Ûªre all really consistent, so we‰Ûªre hoping to maintain it over the remaining five days. Tomorrow should be easier - with hopefully less dust - and I shouldn‰Ûªt have to pass as many riders to climb the leader board!‰Û 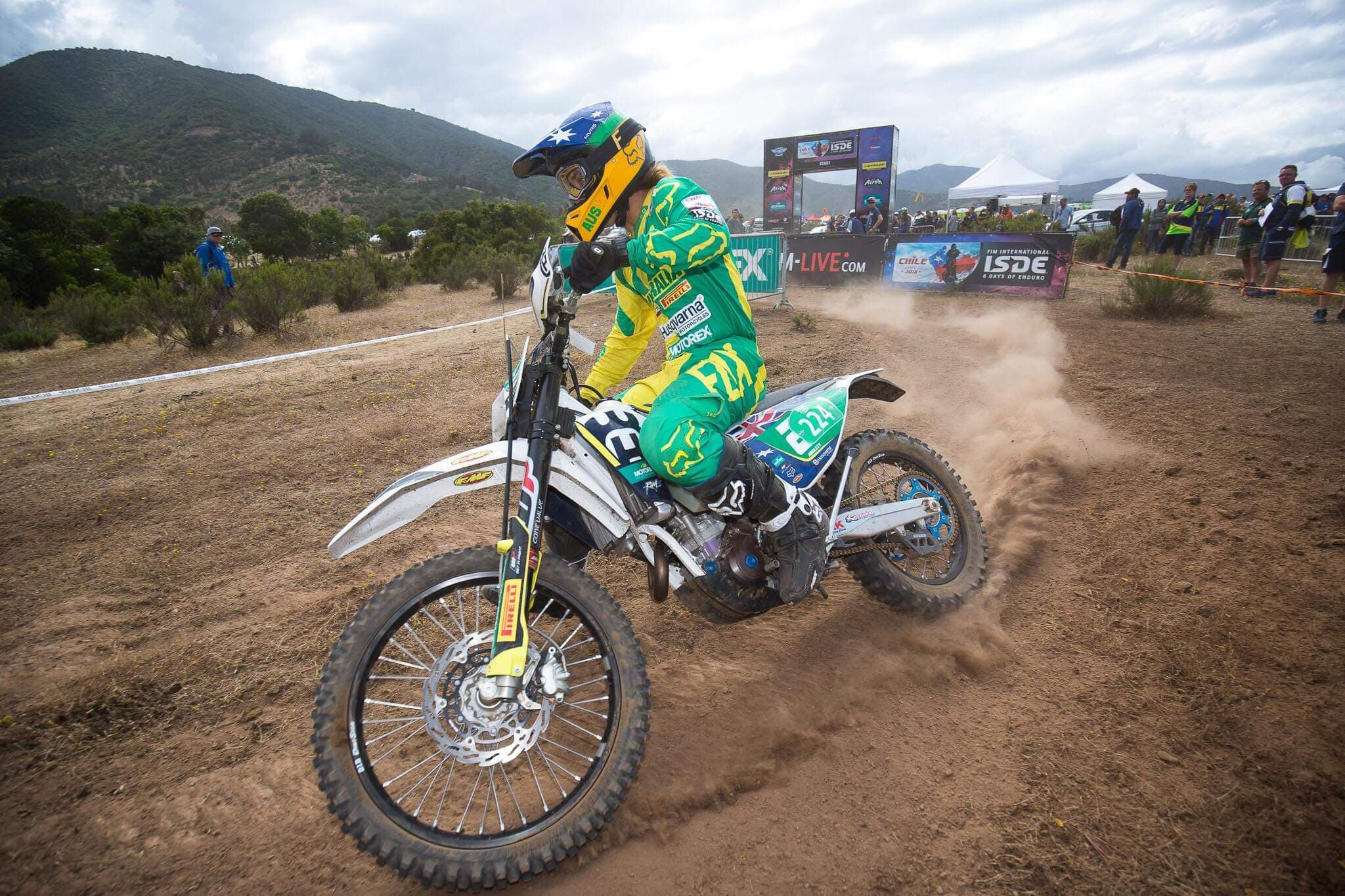