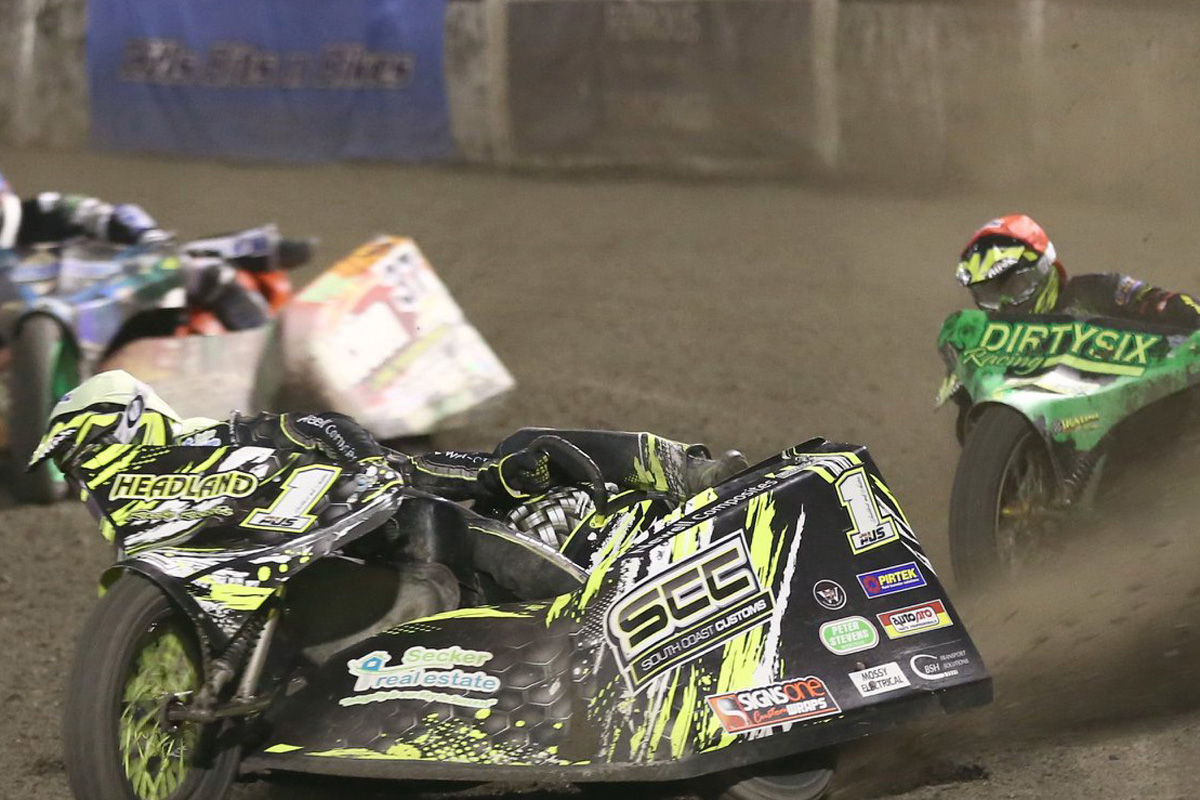 Reigning champions Trent Headland / Darryl Whetstone are back to defend their title against a star studded field.

The talent packed field will be out to chase down the defending champions Headland and Whetstone, including 2018 FIM World Cup and FIM Oceania Championship winners Darrin Treloar/ Jesse Headland alongside Andrew Buchanan / Denny Cox and Warren Monson / Andrew Summerhayes.

A few familiar names will be back in the Junior field after a one-year hiatus from the Australian Speedway Sidecars Championship, with the likes of Jack Treloar, Adam Niesche and Nate Headland battling out to take home the Junior Australian Championship.

2017 defending champion Headland can‰Ûªt wait to get out there and defend the title; ‰ÛÏWe are pumped Darryl and I are excited to defend the title, everything has been going well for us off the track and we have got our engine sorted for the Aussie titles, so we are ready for this weekend‰Ûªs racing.

‰ÛÏIt‰Ûªs even better this year to have the Juniors running alongside us, the young guys look up to the senior riders and now for them to compete for the same championship at the same track is just ideal," finished Headland.

The 2018 Australian Speedway Sidecar Championship, will see a new race format this year with a time trial introduced for the seniors, ahead of a qualifying race prior to the main championship race.

Oakburn Park‰Ûªs Paul Slade sharing; ‰ÛÏIn a first for the Australian Championship, a new initiative of time trial is being introduced. Paving the way for over 50 nominations, which is a record for Australian Speedway. Riders will be given three flying laps, to set their fastest time, with the top eight going through the qualifying race.‰Û