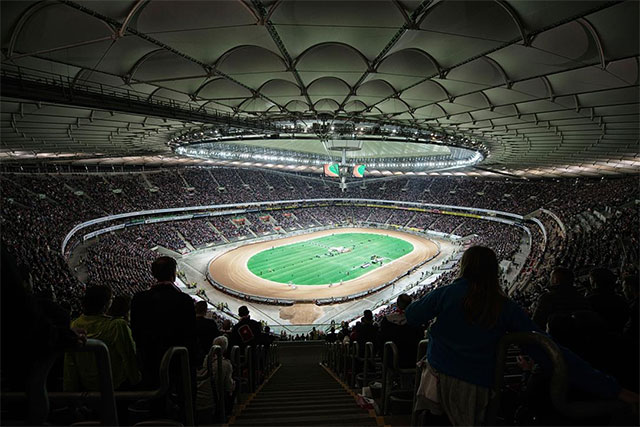 The Warsaw FIM Speedway Grand Prix of Poland returns to PGE Narodowy on May 13, 2017.

Following the huge success of this year‰Ûªs event in Poland‰Ûªs national stadium, won by world champion Tai Woffinden, the sport‰Ûªs biggest names will battle it out there again next year.

Over 50,000 fans from across Poland and the rest of the world packed PGE Narodowy for an event which has established itself as one of the biggest on the FIM Speedway Grand Prix calendar.

With Bartosz Zmarzlik and GP Challenge winner Patryk Dudek guaranteed SGP qualification for 2017, and Piotr Pawlicki and Maciej Janowski both currently in the running for the World Championship‰Ûªs top eight, there is set to be a strong Polish contingent in next season‰Ûªs series.

"Last year‰Ûªs Warsaw SGP was an absolute pleasure to be part of ‰ÛÒ the racing, the atmosphere created by the fans and the stadium made for something very special," Olsen said.

‰ÛÏWe‰Ûªll do everything we can along with our partners in Poland to ensure next season‰Ûªs event at PGE Narodowy is even bigger and better.

‰ÛÏPolish speedway is on a huge high right now after the national team were crowned world champions at the Monster Energy FIM Speedway World Cup Final in Manchester, lifting the Ove Fundin Trophy for the seventh time.

‰ÛÏThe interest in the Warsaw SGP has been huge and I look forward to seeing another big crowd and a great night of racing in 2017," Olsen concluded.