It was today at the Wonthaggi Motocross Track in Victoria, the home of round one this year, that the 2017 Motul MX Nationals series was launched, revealing some of it‰Ûªs biggest plans for this year‰Ûªs race season.

With little over a month to go until the first gate drop of the series, today, riders, teams, and press were on site for the Motul MX Nationals to unveil some major initiatives as part of its 2017 program, including presenting partners, series title sponsor, fresh branding of NRGTV, all new partnerships, as well as the announcement of a virtual series.

This morning it was confirmed that Motul will maintain its strong partnership with the championship as the official title sponsor, while Thor, Yamaha Motor Australia, Yamaha Motor Finance and Yamaha Motorcycle Insurance will once again return as round presenting partners in 2017.

In addition, there was confirmation today that all major class sponsorships have been renewed for 2017, with the Thor MX1, Motul MX2 and Pirelli MXD classes all set to headline this years series.

One of the biggest announcements to come out of today‰Ûªs launch was that the Motul MX Nationals will conduct a ground-breaking virtual series this season, which will for the very first time enable fans to race the exact same tracks online week by week, as part of the official Motul MX Nationals computer game. 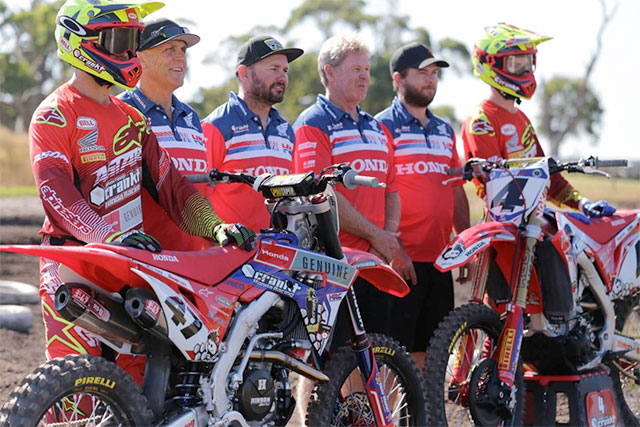 Crankt Protein Honda Racing team show off their new look for 2017
Each track of the virtual series will be digitally created to replicate the physical circuits that the Motul MX Nationals visits this year, complete with track signage, gear, trucks, as well as the opportunity to race the factory bikes of Australia‰Ûªs most famous motocross teams such as CDR Yamaha, Monster Energy Kawasaki, KTM and more, online and free.

In addition to major sponsorship announcements, Australia‰Ûªs star athletes were on track today at Wonthaggi ahead of round round one, to give the media a glimpse of their own pre season form.

The track, which is famous for it‰Ûªs deep and dark surface had it‰Ûªs first run in this morning, setting the scene for what will be a huge round one of the championship when the Motul MX Nationals heads back to the venue for the first time in three years on April 2.

Following today‰Ûªs series launch, Motul MX Nationals Promoter Kevin Williams made comment on how this year‰Ûªs championship is shaping up.

‰ÛÏIts fantastic to unveil some of the things we have been working on since August last year ‰ÛÒ everything is coming together, and we are all very excited to be back at Wonthaggi after a bit of a hiatus,‰Û 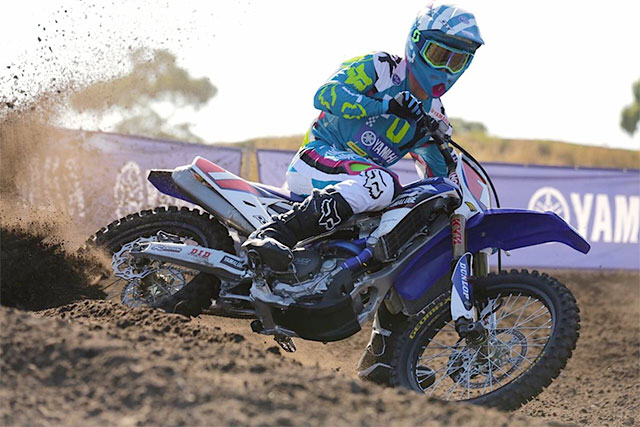 Defending MX1 Champion Dean Ferris was on hand a the season launch
As well as the renewal of major sponsors and an all new Motul MX Nationals virtual series, in 2017 the championship has also confirmed a partnership with well-known organisation beyondblue, which will help raise important awareness for mental health within sport. Today, Williams shared some of the details.

‰ÛÏWe can‰Ûªt say too much yet, but in 2017 we will be working exclusively with beyondblue at every round of the Motul MX Nationals,‰Û