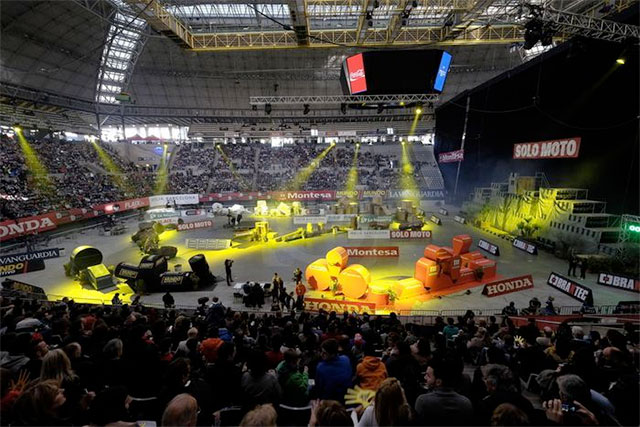 The opening round of the 2017 FIM X-Trial World Championship this coming Sunday will fittingly take place in Barcelona, Spain.

The iconic event celebrates its 40th anniversary this year having long been a part of the World series.

Originally staged in the city‰Ûªs Palais des Sports before moving to its current home in the Palau Sant Jordi in 1992, the first event in 1978 saw a home win for Jaime Subira.

American Bernie Schreiber won the next two editions before Toni Gorgot put the home nation back on top in 1981.

Belgium‰Ûªs Eddy Lejeune then took a hat-trick, his run eventually stopped by Andreu Codina which began an amazing sequence of Spanish victories with only Italy‰Ûªs Diego Bosis - 1987 and British legend Dougie Lampkin - 1998, 2000 and 2001- preventing a whitewash by home riders.

The great Jordi Tarres first won the event in 1986 and then from 1988 until 1993 he was unbeatable in Barcelona, amassing six consecutive wins. The seven-time FIM Trial World Champion has fond memories of the trial.