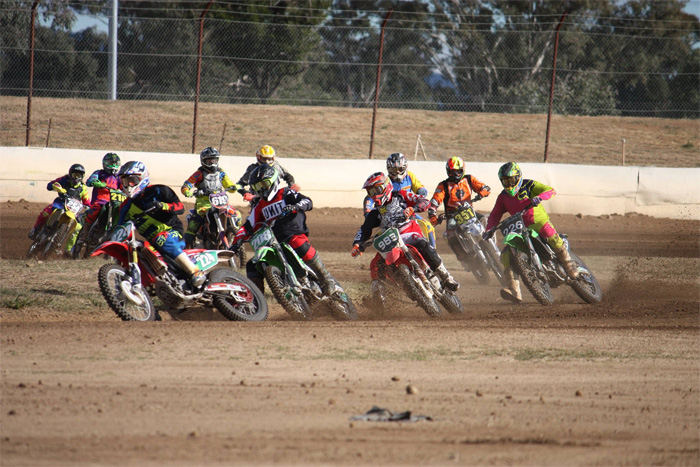 Tamworth‰Ûªs Oakburn Park Raceway will transform into a spectacular showcase of Dirt Track racing when the 2017 Australian Senior Track Championship rolls into town on December 08 & 09.

After a year hiatus, the Australian Senior Track Championship is back and is tipped to be better than ever. The 68 year-old Tamworth Motorcycle Club (TMCC) have taken on the task of hosting the championship once again, and club president Paul Slade was confident the event would be roaring success.

"The Australian Senior Track Championship hasn‰Ûªt been run for a couple of years now, but it was previously held in Tamworth, New South Wales. Last time we ran the event, we had over 270 entrants, and we are expecting far more this time. Due to sheer popularity, we have decided to run it over two days in December 2017 - Friday 8th at 5pm and Saturday 9th at 2pm." Said Slade.

With a total prize pool of $12,000 -$15,000 across all classes up for grabs, this very popular championship is sure to attract a plethora of talent. The TMCC president adding, "International riders from New Zealand and the United Kingdom are regular attendees of the event in the past, and has seen the rise and rise of talent right across Australia in what is a very large event of its type.

"Oakburn is a huge complex that can hold thousands of spectators with a wide-range of facilities. The track itself is designed for maximum sideways sliding action and is made up of watered decomposed granite (as opposed to being an 'oiled track'). It's a fairly large track at 450m long and 22m wide in the corners.

"We get twelve bikes in races as well as up to six sidecars and if history is anything to go by, we can expect a couple of thousand people in the crowd on both nights. People have come from all over to attend this event, even people who normally wouldn‰Ûªt be interested in motorcycling events!" Slade said.