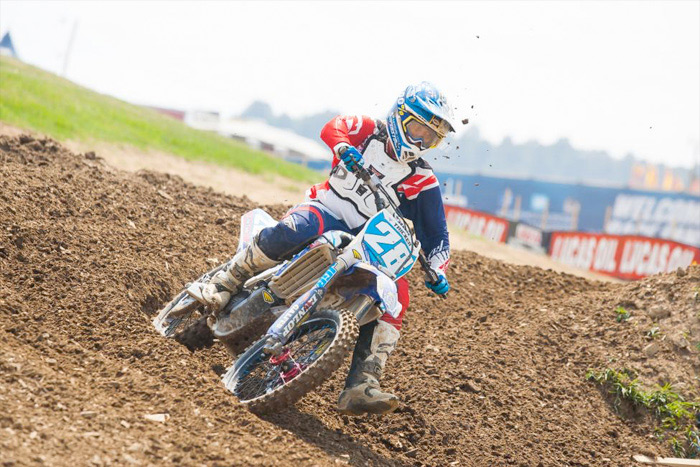 The 10-round WMX series begins in March and is composed of the Nation's premier amateur motocross events and several races taking place in conjunction with the Lucas Oil Pro Motocross Championship.

The 2016 WMX Championship once again kicks off alongside Daytona's "Bike Week" festivities on March 7 with the Seventh Annual Ricky Carmichael Daytona Amateur Supercross on the historic grounds of Daytona International Speedway. Following the season opener, the WMX racers will headline two other premier amateur motocross events, the Freestone Spring Championship on Saturday, March 19, and the California Classic at Pala Raceway on Saturday, April 9.

"The WMX competition continues to grow, ultimately leading to the addition of two stops on the circuit," said MX Sports Director Tim Cotter. "We look forward to hosting the premier women athletes once again this year and showcasing their talents to fans at the Pro Motocross Nationals."

The next few rounds will take place in conjunction with the 2016 Lucas Oil Pro Motocross Championship. The WMX division will hit the tracks on Friday, May 20, at the Hangtown Classic; Sunday, June 19, at the High Point National; and then again on Sunday, August 28 at the Ironman National.

Labor Day weekend will host the seventh round of the season at the fun-filled Baja Brawl in Millington, Michigan, before moving on to Englishtown, New Jersey for the Kawasaki Race of Champions at Raceway Park MX, on October 1.

The second to last round of the WMX Championship will take place Sunday, October 9 at Budds Creek Motocross Park in Maryland. This national-caliber track is a favorite among racers and fans alike, creating the ultimate set-up heading into the season finale.

Finally, a WMX National Champion will be crowned Saturday, November 26 at Gatorback Cycle Park in Alachua, Florida, as the premiere class at the Winter Olympics.