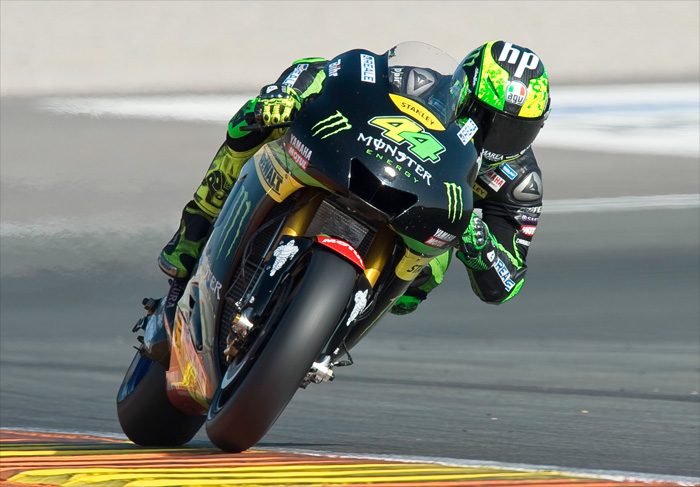 Monster Yamaha Tech3 Team rider Pol Espargaro launched into his testing programme today during the first day of track action after the Valencia GP as the 2016 season preparations got underway.

The young Spanish rider focused on sampling the new Michelin tyres and then set about exploring setup options on his MotoGP bike.

At the close of the day, his best time was just under three-tenths from third and left him in 7th as he now confidently looks forward to riding his updated 2015 Yamaha YZR-M1 for the first time tomorrow in the final day of track action this year.

"All in all it has been quite a positive first day as the lap times of the whole field were competitive compared to this weekend‰Ûªs times." Espargaro said. "Yet, there were a lot of crashes as we are all trying to adapt and we can‰Ûªt expect everything to be perfect as soon as we start.

"However, I‰Ûªm happy that we have another day of testing as we need to progress and try more options so that I will have a better feeling before we head into the winter break.

"I know that Michelin are working hard to improve the front tyre, which is the main issue at the moment, but I must also say that the rear compound is already really good.

"We have my new bike for 2016, which is the Factory Yamaha‰Ûªs bike from this season that I will finally ride tomorrow and therefore, I‰Ûªm fired up to close the test in a positive manner.‰Û