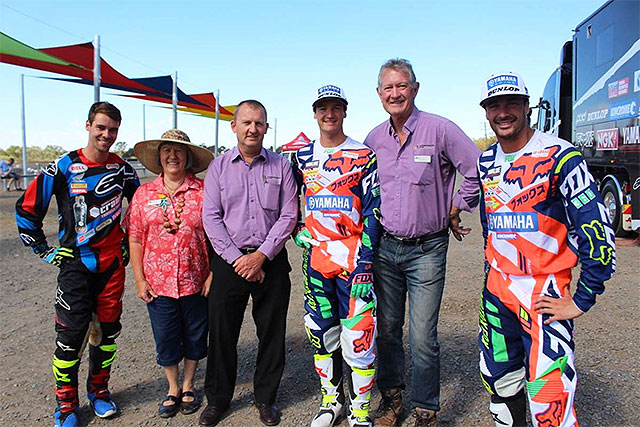 The 2016 MX Nationals series was launched at the Horsham Motocross track alongside the Horsham Rural Council today, with local schools, newspapers, radio and TV crew in attendance, to get a taste of what to expect when the series arrives to the region for round one on April 3.

With some of the top riders in the MX1 class out on the Horsham track this morning to show off to the cameras, local media lapped up the opportunity to get a word and shot of some MX Nationals stars, with round one of the series set to kick off in just under one month‰Ûªs time.

‰ÛÏIt‰Ûªs really getting exciting now. I had so much fun being a part of the MX Nationals season opener in 2015, and we are very honored to be a part of the series again in 2016,‰Û