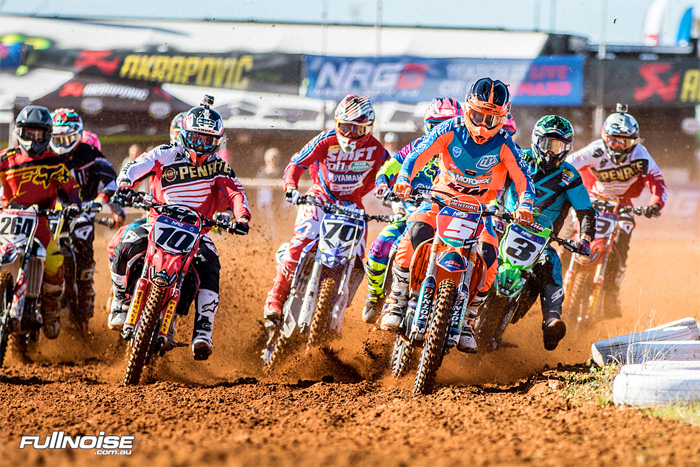 The 2016 MX Nationals Calendar has been updated on the MX Nationals website and now lists venues along with the classes that will run at each round.

While the dates for the 2016 series were released last in 2015, venues had been kept under wraps until today.

The series will once again kick of at Horsham in Victoria and will end and the now traditional venue for the series finale at Coolum, Queensland.

Along with Horsham and Coolum, Appin, Broadford, Murray Bridge, Nowra, Shepparton and Toowoomba will all once again hold rounds of the national motocross championship again in 2016, with Raymond Terrace being dropped from the schedule along with the second Coolum round to make way for Wanneroo in Western Australia and the return of Conondale, Qld.

A full list of of the 2016 calendar can be viewed below along with the support classes that will feature along the MX1, MX2 and MXD classes at each round