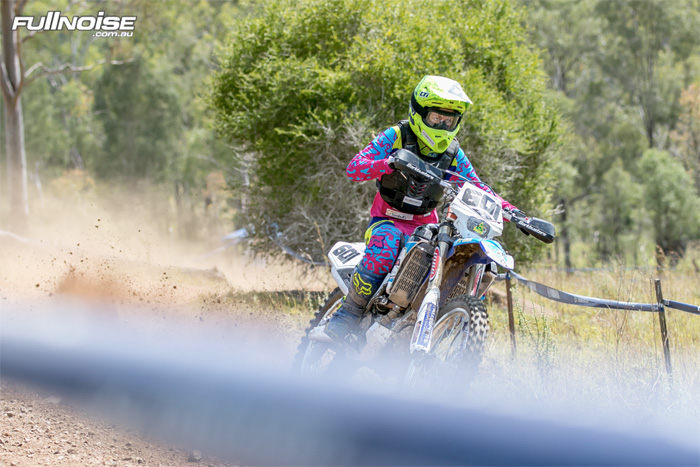 Motorcycling Australia (MA) has announced the female riders selected to represent Australia in the Women‰Ûªs Trophy team at the 2016 FIM International Six Day Enduro Championship in Spain during October.

The three time world championship team will be gunning for a sensational fourth consecutive victory and will field a powerhouse team of Tayla Jones, Jemma Wilson and Jessica Gardiner for the 2016 campaign. With all three riders mounted on Yamaha‰Ûªs, the team will be officially known as the ‰Û÷Yamaha Blu Cru Women‰Ûªs Trophy Team‰Ûª as they set out to create history.

With the prestigious event slated down for October 11-16 in Navarra, Spain, the girls are already hard at work preparing to defend their championship. Jemma Wilson and Jessica Gardiner are currently doing battle in the Yamaha Australian Off Road Championships and the pair continue to push each other at each and every round. Tayla Jones leapt into the deep end to tackle the men in the E2 division for 2016 and has shown great speed throughout the year.

But their personal rivalries are put aside for the ISDE and the girls ban together to represent Australia with pride and success.

Yamaha's long standing support for the off-road discipline in Australia will now extend to the ISDE as they become the naming rights sponsor for the Yamaha mounted team and as Yamaha's Motorsport Manager Ray Howard explained he is excited for this partnership as the girls head to defend their title.

‰ÛÏYamaha are excited to be the naming rights sponsors of the Yamaha Blu Cru Women‰Ûªs Trophy Team for 2016,‰Û