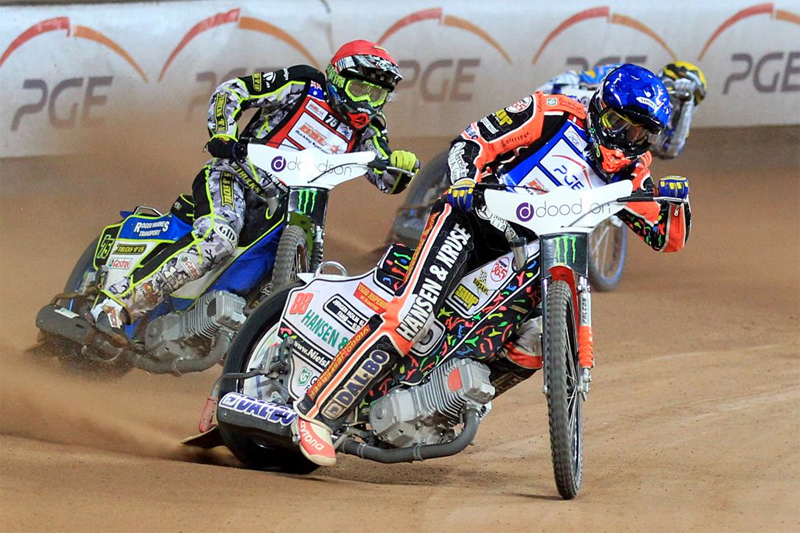 Former Aussie champion and Danish SGP runner-up Batchelor was rewarded for finishing a creditable ninth in his World Championship debut season, despite only being called up for the series a month before the opening round in Auckland.

Iversen‰Ûªs year was cruelly ended by serious knee ligament damage suffered in the Gorzow SGP of Poland on August 30.

But the 2013 bronze medallist, who was fourth in the standings prior to that meeting, still enjoyed a stellar season, winning Monster Energy FIM Speedway World Cup gold with Denmark, the Danish SGP in Copenhagen and his third straight Danish Championship.

Jepsen Jensen, who crashed out of Saturday‰Ûªs Borygo Torun SGP with a broken collarbone, qualified as this season‰Ûªs first reserve and raced in six rounds, reaching the semi-finals in Copenhagen, Cardiff and Gorzow, where he reached the final and finished fourth.

This was some achievement in a year blighted by the serious hip and back injuries he suffered in a pre-season crash while racing for Polish club Czestochowa in March.

Away from the track, the 2012 Monster Energy SWC winner and FIM Speedway Under-21 World Champion supported his father and mentor Jan in his successful fight with throat cancer, and Jepsen Jensen Senior will be keen to aid his son‰Ûªs progress throughout his SGP debut season.

Fellow World Championship new boy Jonasson (THJ) has enjoyed the year of his life, and capped it off by winning his first Swedish Championship at Nykoping in September.

He was also his country‰Ûªs star man in the Monster Energy SWC and won the Swedish Elitserien championship with hometown club Vetlanda.

The full rider line-up, complete with rider numbers, will be announced on Friday (October 17)