2015 ISDE teams to be awarded World Trophies at AORC 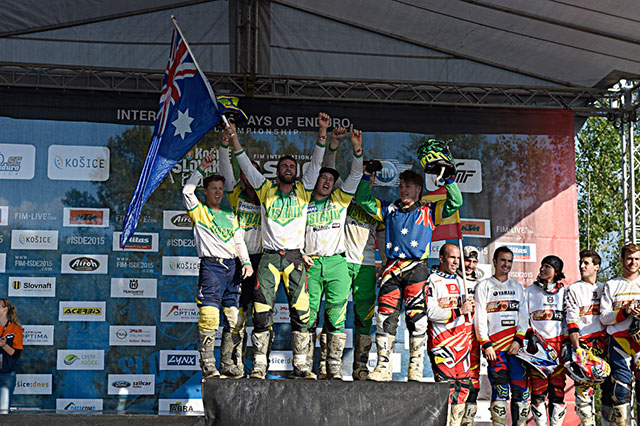 This coming Sunday the 24th of July Motorcycling Australia will be officially presenting the 2015 International Six Days Enduro (ISDE) team with their long awaited trophies at Rounds 7 & 8 of the Yamaha Australian Off-Road Championship at Hedley in Victoria.

Due to a dispute at the event in 2015 the Australian Senior Trophy Team were denied being awarded with their World Trophy and Medallions, but Sunday will see the team officially presented with their long anticipated awards.

This announcement resulted in Australia taking a clean sweep at the event in 2015, with all three teams winning their respective classes.

Acting CEO of Motorcycling Australia, Peter Doyle once again congratulates the ISDE teams on their accomplishments.

‰ÛÏThis team has raised the bar for all the other countries and we all look forward to following their achievements again in 2016,‰Û