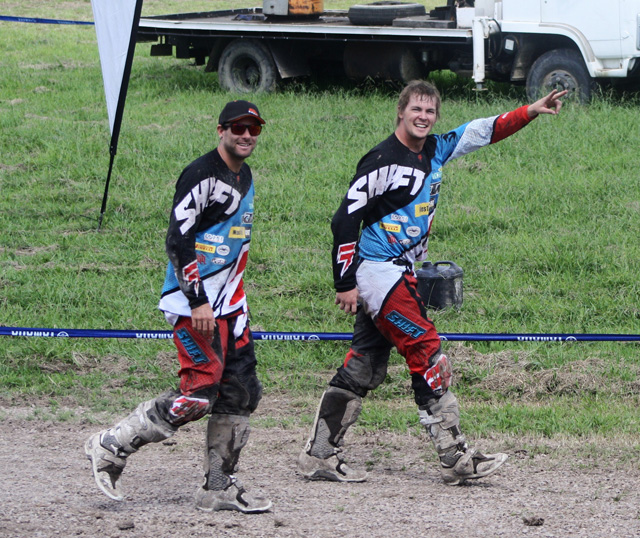 The 2012 Yamaha Australian Off-Road Championship (AORC) will roll into Wonthaggi, Victoria this weekend for the third and fourth instalments of the twelve-round Series.

After putting their Enduro skills to the test at the season opener in New South Wales earlier this month, the riders will switch pace this weekend when they take on a double dose of Sprint rounds in predicted dusty conditions.

Motorex KTM Off-Road rider Toby Price is currently leading the Series on 47 points, and will use his trip to the southern state to try and pocket away some points and fend off nearest rivals Stefan Merriman (40pts) and Daniel Milner (36pts), both from Ballard's Yamaha Off-Road.

The leading pair will also battle each other for the top spot in the E3 Class, with Price going into the weekend six points ahead of Merriman after taking back-to-back line honours at the first two rounds. The duo will have extra pressure applied from Scott Keegan, who is sitting in third after a formidable season opening performance.

There will be plenty of action in the E2 Class, with a fast field vying for line honours. Matt Phillips enters the two-day contest with a single point lead over Glenn Kearney, while reigning Outright and E2 Class Champion Chris Hollis is sitting in third after being forced out of contention in the first round by a derailed chain.

Daniel Milner will lead the E3 Class into the weekend with an eight point lead, tailed closely by Ben Burrell and Josh Green

After taking out back-to-back wins at the opening rounds, reigning Women's Champion Jemma Wilson starts her Victorian visit at the head of the pack, followed closely by Jess Gardiner and Tanya Hearn.

Damian Smith will be the man to catch in the Veterans Class, and will be chased down by second and third rung holders Adam O'Connor and Anthony Smidt .