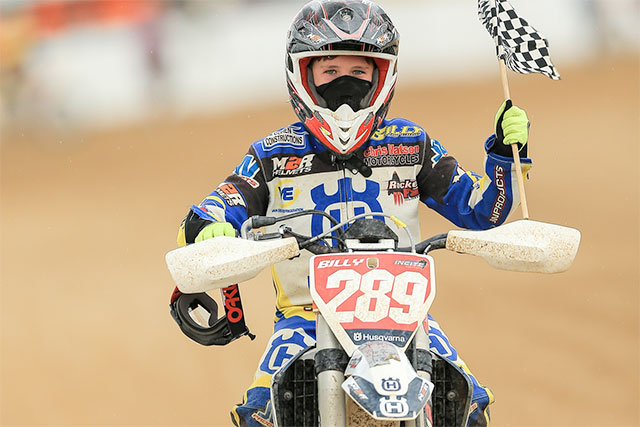 Exciting young Husqvarna Factory Support racer Billy Van Eerde may be only 13, but he has just expanded his career tally of Australian championship victories to 7 following the weekend's Australian Dirt Track Championships in Brisbane.

Held at the Brisbane Junior Motorcycle Club's Mick Doohan Raceway, the event saw Van Eerde face off against the cream of Australia's future flat-surface motorcycle racers aboard his Husqvarna FC250 and TC125 machines.

Van Eerde confirmed why he is considered one of Australia‰Ûªs hottest junior prospects when he won the 13-16 years 250cc class by almost two seconds ahead of Max Whale and Mackenzie Childs.

Such was Van Eerde's dominance at the event, that he almost made it three Australian championships, finishing less than four hundredths of second behind Mack Childs in the 125cc class after a poor start, and the last corner passing attempt that went ever so close to success.

"This feels really good because last year I didn't get any titles, so I was happy to get a few early in the year," Van Eerde said after the meeting.

"The track was pretty grippy but the bottom corner was really rutty and technical. A few people were struggling there, so it was good because if you could get it right, you could make a lot of ground through the corner.

"My bike won a lot of starts, had good power through and out of the corners, and was handling really good, I love it. It all just worked really well for me.

"In the 125 & 250 race, I just got the start, led the whole race, and in the 251, it was the same thing. But in the 125 one, I got a pretty good start, but stuffed up in the first corner and went back to fourth. I came through the pack and in the last corner went to go around Mack Childs, and he only just beat me.

"I'd like to thank dad, Mum, Jon Hafey, and Steve Nagle for setting the bike up so well. Caso and Deirdre have been helping me to feel good on the bike so it‰Ûªs been a good build up.I‰Ûªm feeling a bit more confident now since I've got a few wins.‰Û 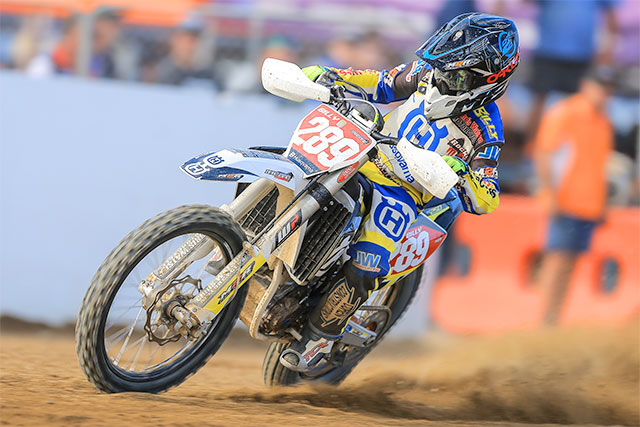