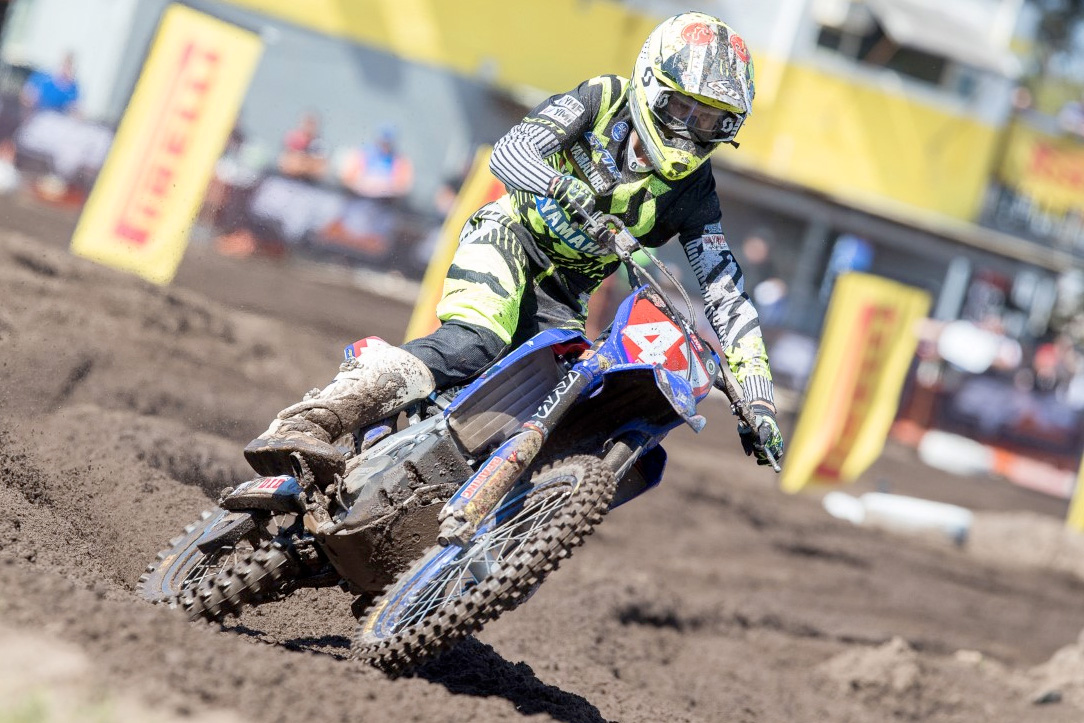 2018 MXD Champion Bailey Malkiewicz. Photo: Yamaha
The WBR Bulk Nutrients Yamaha team charged to a 1-2 finish in the final points standings of the 2018 MXD (under19) championship with Bailey Malkiewicz taking the series win in his first year in the class.

Malkiewicz came to the final round with a 24 point buffer over his nearest rival and team mate, Hugh McKay. And while 24 points appears to be a comfortable margin, the Coolum track was at its brutal best and challenged man and machine all weekend. A simple mistake could have cost him the championship but with a cool head and a well thoughtout game plan, Malkiewicz calmly went about his business and landed his first professional championship victory.

He jumped out to the lead in moto one and went to work. A battle for the lead began when New Zealander, and fellow Yamaha rider, Max Purvis, joined him up the front. Malkiewicz elected to surrender the battle and win the war and as Purvis charged by, Malkiewicz backed it down a notch and slotted into a comfortable second place. And, that‰Ûªs where he finished at the end of the 20 minute race.

Moto two was just a matter of staying out of trouble, finishing inside the top 15 and the championship was his. He rolled over the finish-line to the arms of his WBR Yamaha team in sixth place.

‰ÛÏIt feels so good to win this championship and it didn‰Ûªt come easy as the racing this year has been really close. At one point in the season five of us were only 15 points apart so to be strong the whole way through and then finish line I did is something I‰Ûªm proud of," Malkiewicz said.

‰ÛÏThe Gladstone round was probably the most important for me as I was able to go 1-1 there and give myself a small break in points to take some pressure off.

‰ÛÏMy goal today was to win the first race and then take it easy in the second, but Max was on it today and I didn‰Ûªt need to ride at 100% and risk going down, so I settled down and finished second. The second race was just making sure I finished and once I got the chaos of the first lap out of the way, everything was cool, and I just rode it out.

‰ÛÏIt‰Ûªs been an amazing season for me and it‰Ûªs the first time I have ever had support like what Yamaha and the WBR Yamaha team provide. It‰Ûªs cool being part of something like this and we have so many great people around us that make racing fun. We went 1-2 as a team so it shows the hard work everyone puts in and I can‰Ûªt thank them enough,‰Û 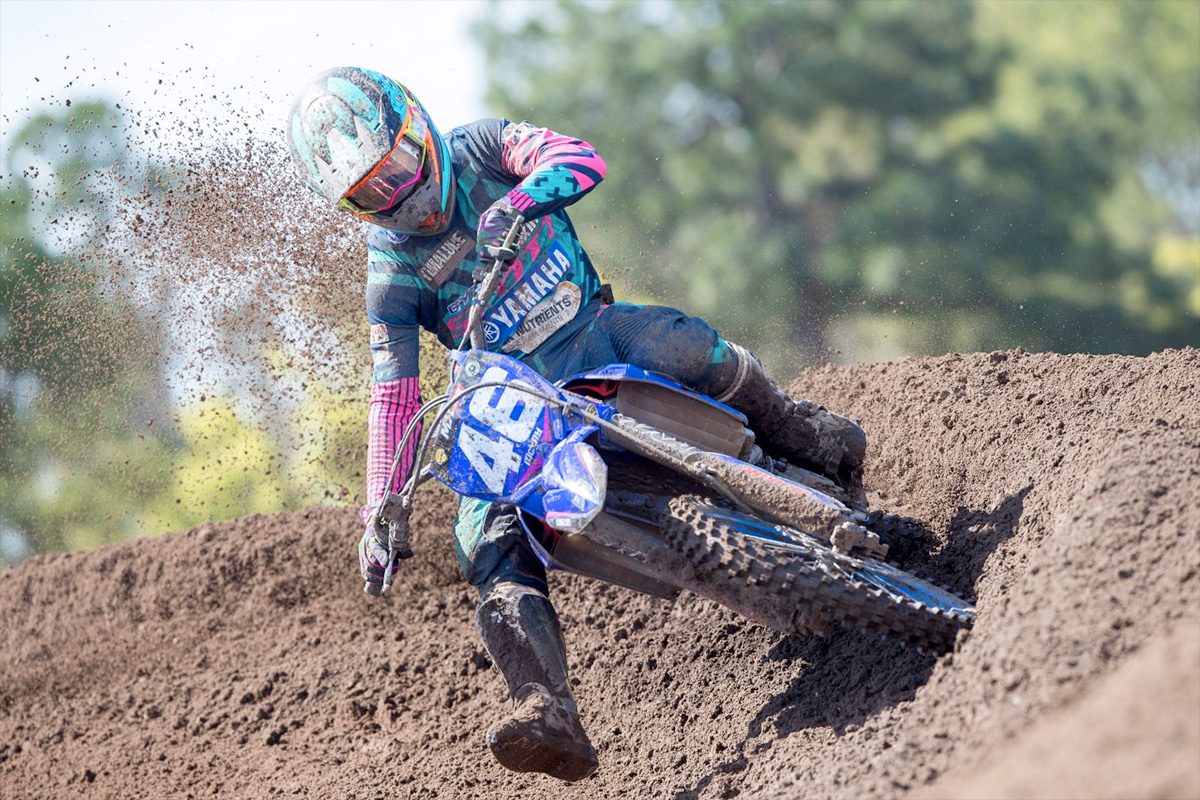 2018 MXD runner up Hugh McKay. Photo: Yamaha
Second in the championship was teammate Hugh McKay. McKay was 24 points Malkiewicz prior to round 10 and three points ahead of third so it was important to finish the final round well as winning the championship or dropping to third were two possible options.

But, McKay is a gritty competitor and finished the round in second place with 4-2 results to move well clear of third place but not close the gap on his team mate for the win.

McKay showed huge signs of improvement this season and had to overcome some adversity with injuries at some of the rounds but to his credit he is happy to get in the trenches and fight all the way and his second place is a testament to his hard work and determination.

‰ÛÏFirst up, congratulations to Bailey on his win in the championship. He has been a great rival this year and we have enjoyed racing each other and it‰Ûªs been respectful at all times, so that‰Ûªs been good,‰Û