David Hogan takes a look into the injuries and fitness of riders heading into round 10 of the 2022 AMA Pro Motocross season at Budds Creek this weekend.

Australia has named one of its strongest teams ever to contest the 2022 Motocross of Nations with the Lawrence brothers teaming up With Mitch Evans for a good shot at snaring Australia’s first victory.

BUD Racing, the French motocross and supercross team responsible for launching the careers of the sport’s most decorated French riders, today announced its rider lineup for the pilot season of the FIM World Supercross Championship (WSX).

Aaron Tanti will take a 24-point lead into the final round of the ProMX Championship at Coolum this weekend, after finishing second at the penultimate round at Queensland Moto Park (QMP).

Entering the seventh round of the 2022 Australian Pro MX Championship with a commanding lead in the MX2 class, HRC Australia’s Wilson Todd did more than enough to clinch the title

Mitch Evans wasn’t able to put his practice and qualification speed into either of his two motos at the MXGP of Finland.

The MXGP of Finland had it all with Tim Gajser wrapping up the 2022 MXGP FIM Motocross World Champion and Yamaha dominating the MX1 podium whil in MX2 Tom Vialle clawed back a few championship point on Jago Geerts with a win.

Trystan Hart has claimed victory at round six of the FIM Hard Enduro World Championship at Red Bull TKO.

Joining the very elite of the sport, Tim Gajser has won his fifth world motocross championship – his fourth in the premier MXGP class – after a commanding season of performances in 2022.

Husqvarna 450 class riders Malcolm Stewart and Dean Wilson made their 2022 AMA Pro Motocross at the Unadilla National after both missed the start of the season with injury.

Round seven of the 2022 ProMX Championship saw Wilson Todd crowned champion, a new winner In Nathan Crwaford while the battles for the MX1 and MX3 class heated up with Dean Feeris and Ryan Alexanderson taking wins.

Chase Sexton reclaimed the lead of the 450 Class point standings in the ninth round of the Lucas Oil Pro Motocross Championship with a 1-1 sweep while Jo Shimoda took his second 250 class win of the season.

British hero Dan Bewley hopes he can inspire the nation’s next generation of speedway heroes after ending the country’s 15-year wait for a Cardiff winner.

All the results from the seventh round of the 2022 ProMX Championship at Queensland Moto Park, QLD, as they come to hand thanks to FLY RACING

FLY Racing has released its full range of 2023 gear. 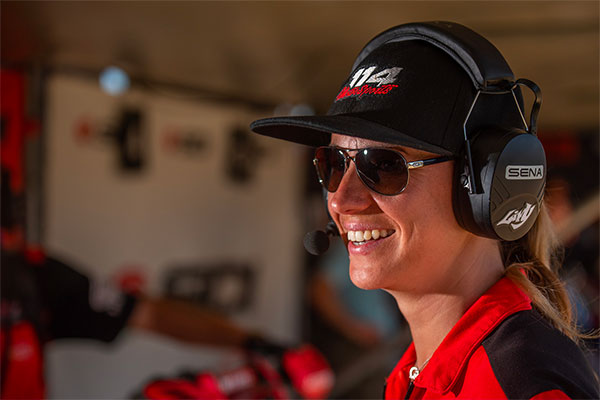 Italian team, Honda NILS has been named as the 10th and final team competing in the 2022 FIM World Supercross Championship.

David Hogan takes a look into the injuries and fitness of riders heading into round 9 of the 2022 AMA Pro Motocross season at Unadilla this weekend.